NBN Plan: a business case for the cup half-full 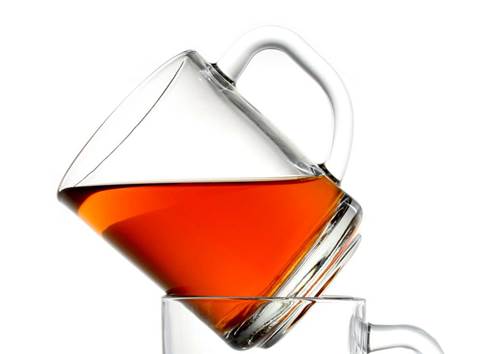 The release of the three-year NBN Co Corporate Plan paints a solid future for the Government-funded company charged with building Australia's future fibre network – assuming a great many things fall into place for CEO Mike Quigley.

Released on the same day as the ACCC's advice to the Government on NBN pricing (PDF) and the Federal Government's response to the $25 million NBN Implementation Study, the NBN's 'Corporate' plan (note the avoidance of the words 'business plan') weighed in at 160 pages - redacted from an original believed to be over 400 pages long.

The plan assumed that just over half a million Australians will be enjoying NBN-supplied services by June 2013, with the network passing around 1.7 million premises - a low take-up rate for the initial three years of the build.

NBN Co expected to spend $35.9 billion in capital expenditure by the time the network is built -- December 2020, if Telstra shareholders play ball -- plus $21.8 billion in operating expenditure, including $13.7 billion to lease assets from Telstra.

NBN Co would only recuperate $1 billion of that in revenues before it finishes rolling out the network.

Between now and 2021, the company expected to require $27.5 billion from the Australian taxpayer and a further $13.4 billion in debt funding – a total of $40.9 billion.

"These returns would not attract investors from the start but may be acceptable to the Government," the document said, noting that it exceed the return on Government bonds.

NBN Co CEO Mike Quigley told a briefing at Parliament House today that the plan "conservatively" assumed only 70 percent of Australians would utilise NBN-supplied services in the long-term.

"High participation rates must be the goal for Australia if we are to increase GDP on the back of this investment," he said. "The 70 percent take-up rate identified in this business plan is a good target."

But other assumptions within the Corporate Plan were far from conservative.

First, the numbers assume that the ALP Government will both remain in power and continue to drip-feed the $27.5 billion in funding required to build the network.

"Federal Government equity is assumed to be available to cover all funding requirements until NBN Co is able to raise debt in its own right," the plan stated.

The plan also assumes that NBN Co will be granted "powers and immunities" to allow it to deploy the network as it wishes – much of it via overhead cables, regardless of any opposition posed by State or Local Government authorities.

Such powers would "allow the Company to maximise aerial deployment coverage and minimise the roll-out timetable," the corporate plan said.

"Without such changes the Plan is impacted by the requirement to achieve development approvals from local authorities, negotiate access arrangements with utilities (particularly power utilities) and deal with all of the regulatory requirements around land access that may otherwise apply."

NBN Co said its numbers assumed it would use aerial cables for at least 25 percent of homes connected.

If it were only able to connect 10 percent of homes using overhead cables, the total project would cost a further $1.8 billion - $1.3 billion of which would be borne by the taxpayer.

Similarly, the Corporate Plan assumed that the Federal Government would pass "cherry picking" laws that prevented NBN Co's competitors from over-building networks in high density areas – a law which threatens the short-term prospects of some of the industry's biggest companies.

Without this law passed, NBN Co said its rate of return would fall from seven percent to below five percent – and cost the taxpayer between $1 billion and $2 billion extra.

The plan also made a number of other assumptions that were not costed.

It assumed that Telstra shareholders would pass the $13.7 billion agreement between NBN Co and Telstra for the lease of Telstra's fixed assets.

Whilst the Telstra split bill has passed Parliament, NBN Co offered no alternative cost or return figures in its Corporate Plan should Telstra shareholders reject the offer.

iTnews has sought a figure from NBN Co and Senator Conroy's office, both of whom were yet to respond.

Further, the Corporate Plan assumed that the Federal Government would allocate the 2.3 GHz spectrum exclusively to NBN Co for the provision of wireless services.

It also assumed that the wider telecommunications industry would comply with ACCC regulations around wholesale pricing.

The plan also assumes that no Australian businesses and no more than 13 percent of residential premises will be "wireless-only" – premises that won't see the need for NBN-supplied services.

It also assumes that NBN Co would have a role in connecting "non-premise" nodes such as Automatic Teller Machines and traffic lights on a commercial basis, and that it would be able to provide fibre to multi-dwelling units (apartment buildings).

AIIA's Birks urged Australians to look beyond the NBN Co's finance projections to realise the value of the network to the broader economy.

"This forecast does not take into account the broader productivity and social benefits of ubiquitous broadband," he said. "We need to be clear: economic growth is the rationale that supports building this network.

"It's about making more money for business. An effective digital economy in Australia will depend on our ability to innovate and create new opportunities through new business models, applications and technologies."