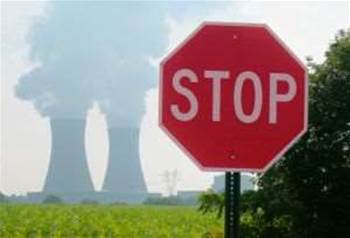 Iran admitted on Monday that its controversial uranium enrichment centrifuges had been affected by a malicious computer virus.

Both events may colour a resumption of talks on nuclear issues next week with the five permanent members of the U.N. Security Council and Germany.

Iranian President Mahmoud Ahmadinejad told a news conference Iran would attend the talks on December 5, but restated its position that its uranium enrichment program - which it says is purely for power generation - was not negotiable.

Major Western powers as well as Israel and Russia have become increasingly concerned that Iran's program may soon give it the capacity to build and launch a nuclear bomb, despite four rounds of U.N. sanctions.

Israel and the United States have not ruled out pre-emptive military strikes. But the emergence of the Stuxnet trojan, which some experts believe was aimed specifically at Iran's nuclear installations, shows Tehran's foes may no longer be restricted to conventional diplomatic and military options.

Ahmadinejad did not specify whether he was referring to the Stuxnet virus identified by Western security experts, but confirmed that an attack "succeeded in creating problems for a limited number of our centrifuges with the software they had installed in electronic parts. But the problem has been resolved."