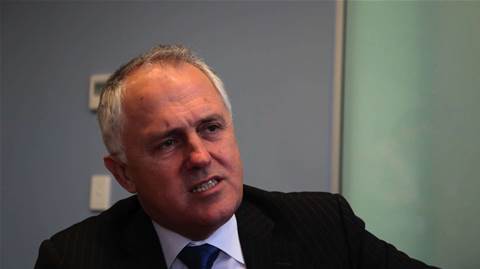 Opposition communications spokesman Malcolm Turnbull has made a last-ditch attempt to put the Coalition's stamp on the Telstra split bill by pushing a fresh round of changes that – if agreed to - would delay its passing this year.

UPDATE: 3pm - The Telstra split bill has been approved by the House of Representatives.

The amendments included another push by the Coalition for a Productivity Commission-led cost benefit analysis – introduced as a "new part 10" to the proposed bill.

"What this amendment does is seek to spend taxpayers' funds wisely," Turnbull said.

On the final day of parliament's sitting for the year, the Government faced one more battle to have the House of Representatives agree to the Senate's amendments on the Telstra split bill.

The bill finally passed the Senate after a marathon debate late last week.

The Coalition largely failed to get any of its amendments incorporated in the Senate and appeared to be trying once more, leading to more accusations by the ALP over the Coalition's stalling tactics.

"There are no lengths to which the Opposition will go to deny the important structural separation of Telstra," Leader of the House Anthony Albanese said.

"The fact is we've had this debate. The fact is that the [Turnbull] says he supports the structural separation of Telstra and yet every measure is being put in the way of this legislation, even now it's been properly and fully considered by the House and the Senate with amendments."

Albanese said that accepting any of the amendments would delay the bill and the separation of Telstra.

He unsuccessfully sought a ruling to shut down debate over the relevance of the proposed amendments.

The first round of amendments proposed by Turnbull – a change to some wording in the proposed legislation, not the new cost-benefit section - was voted down 57-60 in a division.

The Opposition failed to mount a case for debate of Turnbull's remaining amendments, including the cost-benefit analysis.

However, an attempt by independent MP Andrew Wilkie to shut Turnbull down and force the vote on the senate amendments was unsuccessful. Debate was continuing on the bill.

The Coalition's push came after it earlier attempted to have a motion passed that would have suspended standing orders – including the final hurdle for the Telstra split bill.

That motion was also defeated narrowly but not before the Coalition copped a spray from independent MP Rob Oakeshott.

"I came here for the Telecommunications Legislation amendments," Oakeshott said.

"I did not come in for rhetoric over reality, for politics over policy."