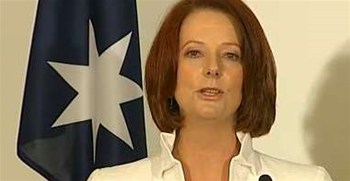 Key independent Senator Nick Xenophon has emerged from a meeting with the Prime Minister over the NBN business plan saying the two will "continue talking".

Speaking to Radio 3AW, Xenophon said both sides had set out "concerns".

Xenophon said that the timing of the Government's referral of the NBN Co business plan to the ACCC - said to be one of the processes holding up the public release of the document - was "lousy".

"If the business plan went to the ACCC just two weeks earlier we wouldn't be having this argument," he said.

He said the dialogue with Julia Gillard would continue, but it was "heading for crunch time".

Xenophon was due to front the Senate debate on the Telstra split bill in the next hour.

His vote was crucial to the Government being able to pass the legislation before parliament broke for the year.

Xenophon said he and his staff were working "18 to19 hour days" to make sense of the Telstra split bill.

"There's an argument that if you delay this bill, there are concerns about the deal that the Government has done with Telstra on structural separation," Xenophon said.

"It's a mess and we're trying to work our way through the mess," he said.

Xenophon was also understood to have met with NBN Co chief Mike Quigley, Telstra chief David Thodey and Communications Minister Stephen Conroy over the course of this week.