US sees "huge" cyber threat in the future 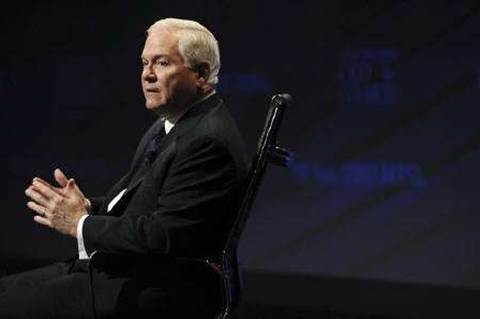 The United States faces a major threat in the future from cyber technologies that will require civil-military coordination to shield networks from attack, Defence Secretary Robert Gates said on Tuesday.

"I think there is a huge future threat. And there is a considerable current threat," Gates told The Wall Street Journal CEO Council. "And that's just the reality that we all face."

The US Defence Department estimates that over 100 foreign intelligence organizations have attempted to break into U.S. networks.

Every year, hackers also steal enough data from US government agencies, businesses and universities to fill the US Library of Congress many times over, officials say.

The Pentagon's biggest suppliers -- including Lockheed Martin, Boeing and Northrop Grumman -- are investing in the growing market for cyber technology, estimated at up to US$140 billion a year worldwide.

Gates said the US military had made considerable progress protecting its own sites and was working with its private-sector partners "to bring them under that umbrella."

But how to allow Pentagon know-how to be applied to protecting domestic infrastructure can be tricky for legal reasons, including fear of violating civil liberties.

"The key is the only defence that the United States has against nation-states and other potential threats in the cyber-world is the National Security Agency," Gates said, referring to the super-secretive Defence Department arm that shields national security information and networks, and intercepts foreign communications.

Last month, President Barack Obama's administration announced steps to allow greater cooperation between the NSA and the Department of Homeland Security. That includes stationing the DHS' privacy, civil liberties and legal personnel at the NSA.

"So you have the domestic security agency, DHS, being able to reach into NSA in a real-time way to get the kind of protection we need," Gates said.

"And my hope is that over time that will lead to better protections for both '.gov' and '.com.'"