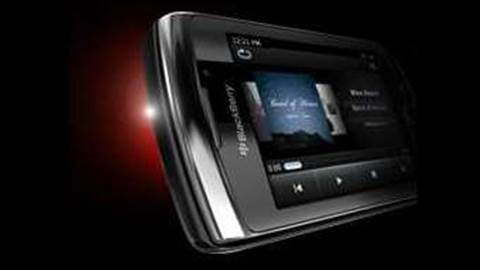 St.George chief information officer Dhiren Kulkarni credits a decision to deploy CSC's Hogan core banking system some 20 years ago for its ability to spin out new services on a dime today.

The bank recently launched online banking apps for the BlackBerry and Android platforms within two weeks of each other, after 18 months of success on the Apple iPhone.

"St.George is lucky," Kulkarni told iTnews. "We have had an online real-time banking system since 1990 that can be used for all our channels - fro branch, call centre, IVR, internet and mobile banking."

The bank is also deploying the Fiserv online banking application alongside its parent Westpac.

Kulkarni said that with the right back-end systems in place, there was very little a bank needed to do beyond the presentation layer to deploy an online banking application via a new delivery channel.

He said the bank's iPhone application was responsible for some 250,000 financial transactions a month and over one million inquiries - more than 40 physical branches worth of workload, he said.

Further, the bank's mobile banking business was growing at 20 percent month-on-month in terms of both numbers of users and transactions.

Kulkarni was unsure whether Android might grow at a similar rate.

"I am hoping that to be the case," he said. "Android is getting popular in the U.S., so I am assuming the growth will be good - but that's just a gut feeling."

The bank's BlackBerry app, by contrast, was a "different strategy" - not about numbers of transactions but about the customer profile. The app served the "white collar people that are good customers of St.George," he said.

Kulkarni said that developing for BlackBerry had become markedly simpler since the release of RIM's latest operating system, OS 6 - which powered the dual keypad and touchscreen Torch 9800.

He predicted that this would boost RIM's developer ecosystem.

Kulkarni said the bank could launch its services via new mobile channels very quickly, as soon as it had evidence of customer demand.

"When our customers want to do it, we will look to do it," he said. "We can do it faster than most people."