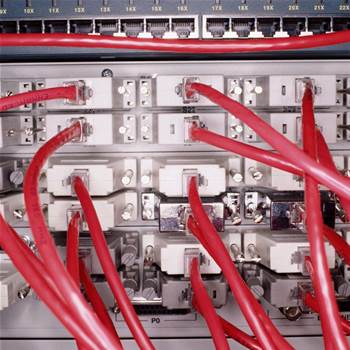 Speed boost in homes and businesses.

The telco said it was building a sizable 850 MHz mobile network that would have about 1,500 base stations when completed.

VHA said it had already turned on 350 sites and planned to send another 50 live before the end of the month.

Telstra's NextG network uses the same frequency band, although it had a far greater number of base stations - almost 7,000, according to recent figures published by the telco.

VHA also planned to bump up the number of base stations on its existing 3G network by up to 1,400, mostly in capital city areas.

The telco said customers would be able to further magnify signal strength in their homes and businesses by using femtocells - essentially small base stations.

VHA said femtocell trials were already underway and that the first cells could be deployed to business customers before the end of the year. The company plans to roll out Femtocells to consumers at some time in 2011.

VHA also said it had successfully completed trials of Long Term Evolution (LTE) technology by Huawei in the 1800 MHz band at a location "near Newcastle, NSW".

"Results achieved download speeds of up to 73Mbps, paving the way for the evolution to even higher data speeds for our customers," the telco said.

Telstra and Optus have also been conductingseparate LTE trials, achieving speeds ranging from 50 Mbps to 100 Mbps in a range of lab and live tests.

VHA said it was also focused on the backend network, rolling out fibre to "many new and extended [base station] sites in metro areas".

The company hoped that more fibre, coupled with "transmission improvements" would help it provide customers with "faster data speeds at lower cost."

"Our continued investment is aimed at supporting the next phase of the mobile revolution," chief executive Nigel Dews said.

"We will do this in the most cost effective way we can, so that we can continue to deliver great value to our customers.

"We have already invested over $550 million in our network and there is much more planned."

The merger of the Vodafone and Hutchison networks and major network expansion coincided with the conclusion of a long-running network joint venture with Telstra using the 2100 MHz mobile spectrum.

The exit was expected to have an impact on some customers still on Telstra's older 3G network - not those on the incumbent carrier's prized Next G network.

Telstra downplayed the number of customers who would be affected by the closure of 3GIS and said it would write to them directly.

Chief marketing officer Kate McKenzie said 2100 MHz customers would be urged to upgrade to handsets that were compatible with the telco's newer Next G network.

"From 2012, affected customers will be unable to use their handsets for 3G services such as video calling or Mobile Foxtel and mobile browsing speeds will slow when in metropolitan areas," McKenzie said.

"Few customers on the 2100MHz network use their phones for such services, with only 158 watching Mobile Foxtel and 1500 placing video calls in recent months."