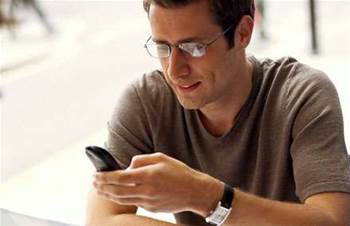 Optus has stepped closer to an unlimited 3G wireless broadband offer with the launch of prepaid plans that offer 'unlimited' mobile web browsing for between $2 and $3 a day.

The telco will launch a series of new plans called "Dollar Days" on Sunday.

The plans go up in dollar increments depending on how the customer uses their handset. All three plans - $1, $2 and $3 a day - included unlimited national calls to fixed lines and access to social networking sites like Facebook and Twitter.

The plans differed on which mobile numbers customers could call and whether they could use other mobile data outside of the social networking sites.

The $3 plan included unlimited national calls and messaging as well as mobile web browsing on the handset, and was capped at $15 a week (making the weekend 'free' of charges).

An Optus spokesman told iTnews that the plans did not, however, support tethering, so customers could not use their prepaid handsets as modems to take advantage of the unlimited data offer.

"It only includes web browsing on the handset, not tethered to a laptop," the spokesman said.

But the spokesman said the offer was "truly unlimited.

"There's no caps, no actual limits," the spokesman said.

At three dollars a day, that would put the cost of unlimited internet access on Optus' 3G network at a shade over $65 a month (albeit, that the cost also included unlimited calls and text messages nationally).

It was also possible to get it cheaper if the customer only called Optus mobile numbers (the $1 plan) and added $1 a day for unlimited mobile web browsing. That brought the cost to about $60 a month.

Customers could elect to start on the $1 plan and then go up or down each day depending on how they used their phone. For example, if a $1 plan customer dialled a Telstra mobile number, they would be sent a text message saying they had been bumped up to the $2 plan just for the day. At midnight, they would automatically revert to the $1 plan again.

Under the plans, there will not be any change to the means by which customers can recharge credit for the handsets. Customers can still purchase credit with a time-based expiry.

(Note: $1 + $1 calculation assumes customer never dials a number or texts someone on a network other than Optus, which is charged in addition).