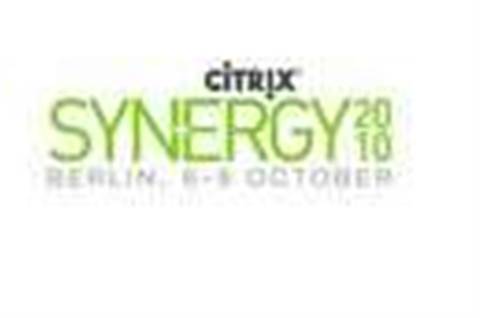 Citrix has officially launched Project GoldenGate, an initiative that allowed iPads and other tablets to multi-task.

The tablets’ screen sizes lent themselves to greater use as thin clients, according to Citrix.

In a closing demonstration at a conference in Germany, Citrix's chief executive Mark Templeton showed how using the Receiver application allowed iPads to “multitask”.

He connected to various applications in the 'cloud' and showed how, by keeping connections live on the server for these sessions, the iPad could be used to switch between the apps.

By causing the tablet display to jump between live server tasks, it effectively produced a multitasking, virtual environment.

Even when tablets appeared that promise native multitasking, the ability to execute tasks on the server in this way would allow the devices even greater flexibility, Citrix claimed.

Got a news tip for our journalists? Share it with us anonymously here.
Copyright © ITPro, Dennis Publishing
Tags:
citrix client for goldengate mobility opens software thin