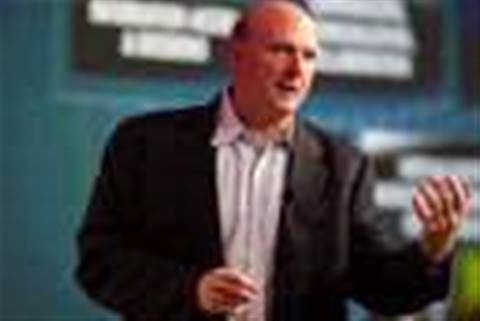 Targets UK and US laws.

While patent laws are helpful, they need changing both in the UK and the US, according to Microsoft's chief executive (CEO) Steve Ballmer.

Giving a lecture at the London School of Economics and Political Science today, Ballmer said, by and large, patent laws were crafted in the days preceding the dawn of modern IT.

“Is the patent system perfect? The answer is of course not,” Ballmer said.

“We think patent law ought to be reformed to reflect modern times,” he added. “Patent reform needs to be taken up on this side and on the US side of the Atlantic.”

The tech world has been rife with patent wars involving some of the biggest companies in the business.

Just this week it emerged Microsoft had filed a complaint against Motorola for nine alleged patent infringements in the latter's Android phones.

US law permitted the Redmond giant to sue the phone manufacturer rather than the OS developer Google.

Ballmer told attendees that the tech community is better off with a patent system in place, even if it does need altering.

“On balance, I think the patent system today helps and yet I think patent reform should be taken up. Two of the biggest generators of patents – the pharmaceutical business and the IT business – neither industry existed when modern patent law was written,” the Microsoft chief said.

When it comes to talking about reform, large enterprises such as Microsoft, small businesses and inventors should all be involved, Ballmer added.