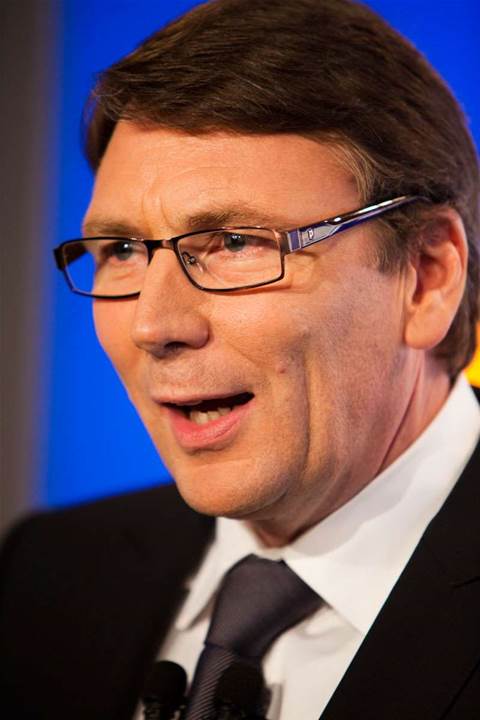 Telstra has announced that it expects to seek shareholder approval on its $11 billion deal with NBN Co in "late June 2011", several months later than first anticipated.

The company had previously said it planned to put any agreement to shareholders early next year.

"Our objective is to get as far as we can with the definitive agreements by the AGM," Stanhope said.

"How far we get will really determine what we can say [about the agreement at the meeting]."

Telstra chief executive David Thodey added further "colour" to the NBN timeline, although he noted that "things will move around".

"If we could get the [definitive] agreements away [completed] by Christmas, that would be tremendous," Thodey said.

"And if [enabling] legislation was introduced later this year or early next year, it would be possible to get the agreement out to shareholders [to vote on] mid next-year."

Thodey attributed the delay to the time it took Labor to form a minority Government and on the passage of enabling legislation, which was yet to be introduced to parliament.

"Fundamentally the Government was in caretaker [mode] longer than expected," Thodey said.

"And to the legislative timeframe, we'd all like it to happen a lot earlier but we're just being practical and pragmatic on how long it might take to get through this parliament."

Stanhope did not expect the enabling legislation would achieve passage before mid-November.

"Probably not a chance," he said.

Thodey also conceded that changes in the Senate composition, due to take place in July next year, could also alter the NBN timeline.

"That's why we've intentionally laid out the next three years [of our business plan] without including any NBN at all," Thodey said.

"We have a clear vision with or without the NBN. The NBN is a variable we don't want to be a dependable in our strategy.

"Our strategy doesn't change in terms of NBN at all. What goes on in the Senate and politics of situation is entirely a matter for the Government.

"All I'm interested in is the $11 billion. If it doesn't go ahead then we'll move on and do something else. I say that to [Communications Minister] Stephen Conroy, I say that to everyone."