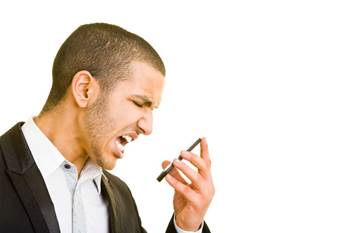 Telcos argue that there is no case for more regulation.

Australia's communications watchdog has blasted telcos for bringing little to the table in their submissions to a major inquiry into complaints handling.

"Frankly, the response from industry falls short of what we had expected, given the early positive signals from industry chief executives," Australian Communications and Media Authority (ACMA) chairman Chris Chapman said.

"Too many of the submissions were little more than reiterations of the current self-regulatory framework and cautioned against any regulatory intervention.

"I was surprised the telcos did not come up with more constructive solutions to issues they admit are major problems."

ACMA received about 120 submissions to its inquiry including from Telstra, Optus, Vodafone Hutchison Australia (VHA), AAPT and Macquarie Telecom.

The inquiry was called after last year's alarming rises in complaints being escalated to the Telecommunications Industry Ombudsman (TIO).

VHA Australia said in a submission [pdf] it did not think it appropriate to prescribe complaints-handling mechanisms "in legislation or elsewhere".

The company also did not believe there were systemic issues "in the way the Australian telecommunications sector delivers customer service or handles complaints" - although it later conceded it could not be sure.

"VHA cannot comment on the policies and processes adopted by other service providers. Therefore, VHA is not in a position to conclusively state whether there are any systemic problems in the telecommunications industry in dealing with customer service and complaints handling," the carrier said.

"Having said that, VHA does not consider that there are systemic problems and is concerned that conclusions about this issue should not be drawn from the statistics reported by the TIO."

Telstra said in its submission [pdf] that it did "not believe the current challenges impacting customer service and complaint handling warrant any regulatory intervention."

The incumbent - like VHA - sought to have complaints handling addressed in a review of the Telecommunications Protections Code (TCP) by the Communications Alliance.

"Telstra is a supporter of responsible industry co-regulation and an active participant in the development of industry codes, which have delivered significant benefits to consumers," it said.

"While there are clear opportunities for improvement and enhancement that are being explored as part of a concurrent review of the Telecommunications Consumer Protections Code, the co-regulatory framework has, in the main, delivered consistent and predictable consumer outcomes, and improved customer service via a range of consumer, technical and operational industry codes."

Apart from industry co-regulation, Telstra said that a competitive market was also an effective complaints-handling mechanism.

"Telstra's firm view is that companies that provide the best customer service are most likely to have the most success in Australia's rapidly evolving and competitive telecommunications market," the company said.

Optus also warned the regulator off intervention on complaints handling in its submission [pdf].

"[We do] not seek to assert that all is perfect in the telecommunications industry - clearly it is not," Optus said.

"However, it is our strongly held view that the existing regulatory regime is sufficiently flexible to address areas of concern; that appropriate consumer safeguards are already in place; that the competition-driven regulatory framework is undoubtedly delivering enormous benefits to Australian consumers and the broader economy; and that service providers are actively working on delivering improved customer care to their customers as a key competitive differentiator as Australia moves into the fast broadband-enabled world."

"As an active and responsible participant in the telecommunications industry with leading in customer experience as our number one corporate strategic driver, Optus is not persuaded that an adequate case has been made for further regulation. In fact, the converse is likely to be true."

"It is Optus' view that comprehensive regulatory safeguards and remedies already exist for consumers seeking redress on service issues; and that there is a real risk that imposing additional regulation will simply increase costs without delivering consumer benefits," it said.

"More regulation... will not be an effective solution to the volume of complaints," it said in its submission [pdf].

"Instead, it is reform of industry structure and the promotion of effective competition that will result in a sustained reduction in customer complaints and an improvement in consumer welfare."

AAPT said in its submission [pdf] that "by far the most effective way to ensure the best outcome for consumers, including in terms of customer service and complaints handling, is through a competitive market."