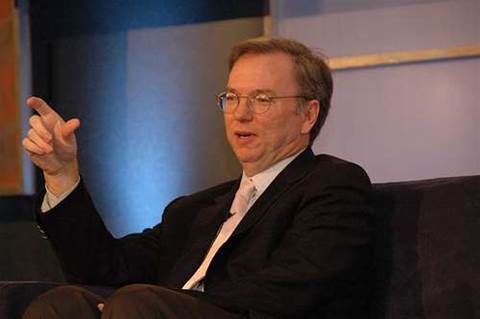 Google chief executive Eric Schmidt Wednesday said his recent suggestion that people could change their names to protect their privacy was "a joke".

"It was a joke. And it just wasn't very good," Schmidt told Stephen Colbert of the Comedy Channel's Colbert Report.

Schmidt had caused an uproar due to his comment in a Wall Street Journal interview in August that, in the future, adolescents will have the right to change their name once they reach adulthood to distance themselves from earlier actions which would inevitably be recorded.

"I don't believe society understands what happens when everything is available, knowable and recorded by everyone all the time," he said at the time.

Schmidt told Colbert that Google was a mere recipient of data and that it was internet-connected computers that remembered forever.

"The serious goal is: just remember that when you post things on the internet that the computers remember for ever

"It's actually on the web, Google just collects it," he said.

"If it's really juicy there will be copies everywhere."

Schmidt said Google was going to make it possible for individuals to know what it collects about them and to delete it.

He also denied that Google was in the business of data mining.

"It's true that we see your searches but we forget them after a while."

"We actually don't do data mining."