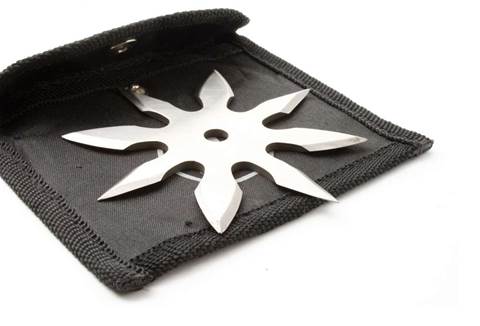 Apple has denied a report by Bloomberg that its boss Steve Jobs was caught with ninja stars - known in Japan as ‘shuriken' or ‘sword hidden in the hand' - at a Japanese airport in July.

Bloomberg relayed the story from Japan's SPA! Magazine, which claimed a security scan had detected the weapons on Jobs' carry-on luggage.

Jobs was reportedly attempting to board his private jet and was so upset at his loss that he vowed never to return to Japan.

Apple quickly issued a clarification to the Wall Street Journal's All Things Digital blog, claiming that the ninja star element of the story was incorrect.

"Steve did visit Japan this summer for a vacation in Kyoto, but the incidents described at the airport are pure fiction. Steve had a great time and hopes to visit Japan again soon," Apple said.

A Kansai International Airport official reportedly told Bloomberg that someone boarding a private jet at the airport in July had been stopped with ninja stars.

However, the official was unable to disclose the person's identity since it was against its privacy policy.

The passenger threw the ninja stars away, the official was reported as saying.