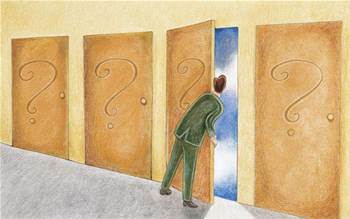 Prices were not released.

It followed Optus's acquisition of Alphawest in 2005. Optus started beta testing the service in February.

Underpinned by VMware, Cisco and EMC, it was hosted in Sydney and appeared as a virtual data centre in a customer's network.

Customers on the Optus Evolve IP MPLS network could add and manage virtual machines in 'slices' of 500MHz of CPU and 1GB of RAM.

A minimum of 10GB of storage was offered by the gigabyte in two grades, with performance storage targeting workloads that required better input-output performance and had more active data.

Costs were calculated daily and billed monthly. Features including application and operating system licences, firewall, direct internet access and networking were added for a fee.

He positioned the suite as a 'private cloud' that operated in a "gated community" when compared to the 'public cloud' services such as those offered by Amazon through the internet.

"This is designed for enterprises with security, SLA [service level agreement] demands," he said, highlighting around-the-clock support and money-back guarantee.

"The acquisition of Alphawest was our key to move into this area. Bringing cloud services to market, we think, is an extension of our [hosting] services in the market."

The Singtel-owned telco had plans to connect Singaporean and Australian data centres for multinational customers, or others for whom data location may not matter.

Beta customer Curtin University of Technology in Perth had initial latency concerns. It was almost 4000 kilometres from where the service was hosted.

Virtual machines could be added and managed via a customised web portal in a matter of minutes, with expiry settings to prevent VM sprawl.

Optus Cloud Solutions would be offered directly, but could form the basis of future software-as-a-service opportunities with partners, Parcell said.