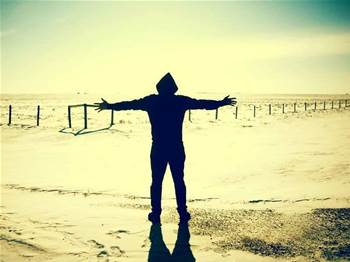 The founders believed it to be the "first in the world" to do away with the standard origin, destination and date input fields.

"We found them [standard input fields] annoying to use and wondered if we could come up with something better, somewhat inspired by the simplicity of the Google search box.

"The natural language interface has enabled us to offer a more conversational style of interaction, closer to the way people used to ask questions and discuss options with a travel agent."

Adioso was built entirely on an open source technology stack, underpinned by Python, the Django framework, and using PostgreSQL to handle the brunt of geographic and natural language queries.

Howard said Adioso was capable of answering natural language queries like "Sydney to Overseas" and "Phoenix to Atlanta 18 October" within "a couple of hundred milliseconds".

Adioso had $355,000 in angel funding. In January 2009, it won $15,000 in initial funding from US incubator Y Combinator, which Howard said was "intrigued by this spontaneous, adventurous style of travel we were describing".

The start-up went on to attract $70,000 from US-based angel investors including lead Gmail developer Paul Buchheit, and an additional $270,000 from Australian sources in March 2010.

In July, Google signalled an interest in the travel market, announcing plans to buy airline travel software provider ITA Software for $US700 million.

Howard said he had been "very active" engaging with airline executives and others in the industry, noting that "big companies like airlines need a very compelling reason to open their doors to a small start-up trying to convince them to consider something new".

While Adioso targeted a global market and operated between San Francisco in Melbourne, Howard said Australia would always be the start-up's "spiritual home".

"We'll always have a physical presence in Australia even if we open up operations in Silicon Valley or elsewhere," he said.

"The style of travel Adioso facilitates is an innately Australian form of travel, so the product will always be most naturally suited to Australian travellers.

"We like to think we're exporting Australian style travel to the world."