Optus-Telstra damages spat goes another round 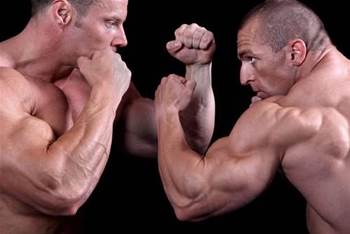 Telstra face the task of trawling up to two million hard copy documents in its archives as part of a compensation claim by Optus in the Federal Court.

The two telcos continued to duel on the mechanics of the search process in a Federal Court hearing yesterday.

Australia's No.2 telco won the right to seek a percentage of Telstra's profits in damages back in March after the Federal Court found Telstra breached confidentiality when it used Optus' call information to prepare market share reports.

Optus sought access to Telstra financial records and other documents to determine its compensation claim.

But the telcos continued to bicker over the proposed categories for the "discovery" of documents this week - failing to agree on what keywords Telstra would use to interrogate a database index of its hard copy archives.

Justice Edmonds remained "very skeptical" that mediation between the parties - aired as a possibility at the last directions sitting three weeks ago - would solve their current differences.

The case has already run for 14 years, making it "probably the longest running proceeding this Court has ever seen," Edmonds said.

Justice Edmonds flagged the potential for both sides to file motions and evidence on the discovery disagreement and for the issue to be heard - and decided - by the Federal Court later this year.

Both sides had filed "competing ways forward" in early August for review by Justice Edmonds.

"The impression I get from looking at both documents is there's quite a bit of shadow boxing and no real boxing," Justice Edmonds told the parties yesterday.

The documents included "categories" to be used in the document discovery process, but Telstra's barrister David Healey said Optus had not responded to the specific categories that Telstra had put forward.

"We haven't heard from Optus on any of its objections," Healey told the court.

"In the past, Telstra has offered a blow-by-blow on Optus' proposed categories for discovery."

The court also heard a dispute over the way that the discovery process would work.

Both sides appeared keen to avoid the costs involved with e-discovery, which would involve trawling through Telstra's tape backups for documents pertinent to the case and damages claim.

Telstra also wanted an "integrated" approach to discovery to avoid duplication of costs undertaking the work - while Optus wanted to limit discovery to hard copy archives in the first instance, while reserving its right to plumb the back-up tapes should it not find enough hard copy data to put together its damages claim.

"Doing discovery in the way suggested by Optus will simply prolong the proceeding," Healey claimed.

"My client's been found liable. It's going to have to write a cheque. We want to get this over and done with quickly and efficiently."

"It's quite plain that attempting to deal with the complexity of back-up tapes would be extremely time-consuming," he said.

"The proposal Optus has put forward is to get what may well be sufficient discovery of hard copy materials.

"If [we uncover] enough to [determine] cumulative relief without resurrecting material from back-up tapes then Optus may be willing to forgo that process. We'd respectfully submit that's a real possibility."

Healey, acting for Telstra, said there were "some two million hard copy records in the date frames Optus was talking about" trawling.

"That has to be reduced to some manageable volume," Healey said.

"The way Telstra proposed is by using search terms which are likely to reveal documents that are potentially relevant and worth reviewing, but we don't know if Optus accepts those search terms or not."

Healey said Telstra wanted to ensure it had the "complete satisfaction" of Optus on the search terms before it started searching its archives.

"What we don't want is for Telstra to go through and then at some late stage for an objection to be taken to the way it has conducted that search," Healey said.

"A response by Optus would help eliminate that [possibility] down the track."

But Justice Edmonds questioned whether Optus was in a position to list appropriate search terms to interrogate a Telstra-owned database.

"I know you'd love to hear it but they're [Optus] not going to volunteer [terms] because they don't know."

Healey responded that Optus had "seen the market share reports" prepared by Telstra Retail in the original part of the case and that appropriate search terms "ought to be apparent from the boundaries of those documents."

Optus agreed with Justice Edmonds, however, saying it did not have a copy of the electronic index that would be interrogated, which would make listing possible search terms a "fairly futile exercise".

"We don't have any idea what would be a useful search term," Dimitriadis said.

"It would be a matter for Telstra to do a reasonable search and that can only be determined once the categories are set.

"Attempting to set search terms when the categories for discovery haven't been determined is another reason it's inappropriate."

Further directions were listed for later this week.