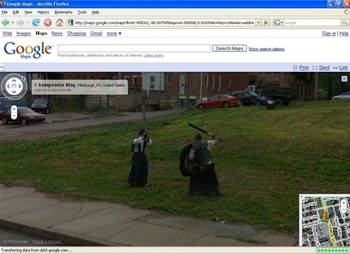 A Google representative has been summoned to appear before a judge in Madrid following a complaint by a Spanish privacy watchdog.

According to a BBC News report, the privacy watchdog Apedanica has issued a formal complaint over the collection of personal web activity from unsecured networks by the Google Street View cars. A Google representative has been summoned to explain what data was collected, how it was obtained and the number of people affected.

In a press statement, it said that it filed the suit with Judge Raquel Fernandino summoning a legal representative of Google in Spain to appear before her on 4 October. Fernandino has asked Spanish police to provide her with information on "the tools used for the capturing of data", as well as the destination of such data and the number of users affected.

Google Spain's director of communications and public affairs, Marisa Toro, told El Mondo that the company works "in all countries with institutions and judicial authorities to answer any questions [they] have".

She said: “Our ultimate goal is to remove the data in accordance with our legal obligations and in consultation with the competent authorities.”

Got a news tip for our journalists? Share it with us anonymously here.
Copyright © SC Magazine, US edition
Tags:
acontroversycountrygooglehitislawsuitnextoversecurityspainstreetthetoviewwith