Costings: Only $150m on backhaul in Coalition's first term 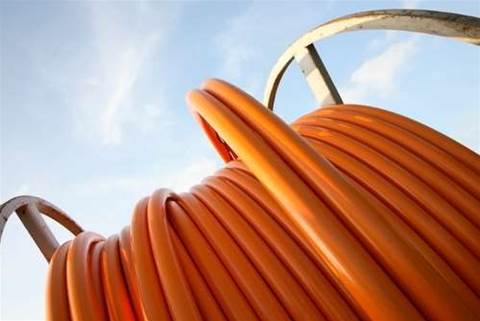 The Coalition will spend less on its rollout of an open access backhaul network over the next four years than the Government has committed to spend on its own backhaul blackspots scheme, according to costings released today.

A broadband policy document [PDF] published on the Liberals website showed no funding had been allocated to rolling out competitive fibre in the first two years.

The costings were seized on by the Communications Minister Stephen Conroy at a press conference in Canberra.

"There's only $150 million of the $2.75 billion program in forward estimates," Conroy said.

"In the first four years they're only spending five percent of the funding. It's going to crawl at a snail's pace."

He said the program was just the first step in NBN Co's plans to deploy competitive backhaul nationally.

"They're not planning on doing more than five percent of it by 2014/15. They've got a pretend plan to reach all of these communities".

Conroy lambasted the National Party for agreeing to the proposal and singled out Nationals Senator Barnaby Joyce.

"Where's Barnaby?" Conroy said. "This is a complete sell out of rural and regional Australia and the National Party should be ashamed of themselves."

The Coalition had allocated most early funding to its "optimisation" of existing DSL infrastructure, particularly upgrades of RIMs and pair gain systems.

No new wireless networks would be built in the first year of the Coalition's plan, either.

The grants for networks in rural and regional Australia would start in the Coalition's second year of power, should it win at the election, and continue evenly over the following five years.

And the construction of networks in outer metro areas didn't start to receive funding until the fourth year - 2013-14.

It committed to spend about $1.6 billion of the over $6 billion next-generation broadband network in its first four years of office.