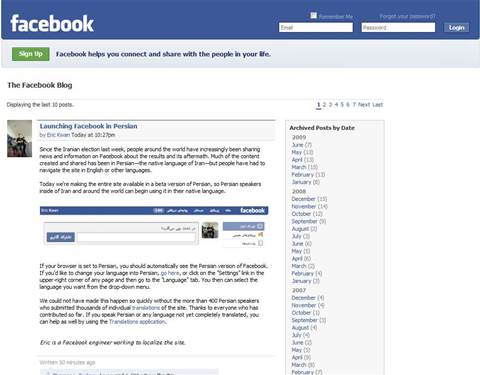 Blanket bans may not be the answer.

Recent reports claim that use of social networking sites should lead to companies taking a more reasonable approach through the use of better policies and control.

Pointing at reports from Cisco which found that seven per cent of users access Facebook for an average of 68 minutes per day to play ‘Farmville', and research by Sourcefire which found clear dissent from employees, Clearswift chief executive Richard Turner said that the lack of a 9-5 working day has led to an increasing blurring between work and leisure time.

He said: “It surely comes as no surprise that people are spending time on social networking sites at work, but rather than focusing purely on the negative, progressive companies are accepting that such technologies are now an integral part of many people's lives.

“Switched on businesses realise this, in fact, in recent research Clearswift did, more than half of managers believe that making use of web collaboration technologies is now ‘critical' to the future success of their business.”

The research from earlier this year found that one in five people would turn down a job offer that restricts social media access at work.

Turner commented that businesses can benefit considerably from adopting a more reasonable approach to the use of social media at work, with better morale, improved communication with colleagues and customers, and the ability to use employees' social networks to the benefit of the business.

He said: “Yes, people are more active on social networks at work these days, but the key is for companies to take a more reasonable approach through the use of better policies and control, to ultimately open up the web to allow innovation to flourish.”

Got a news tip for our journalists? Share it with us anonymously here.
Copyright © SC Magazine, US edition
Tags:
a and approach lead more networking policybased problems reasonable reduced security social threats to will