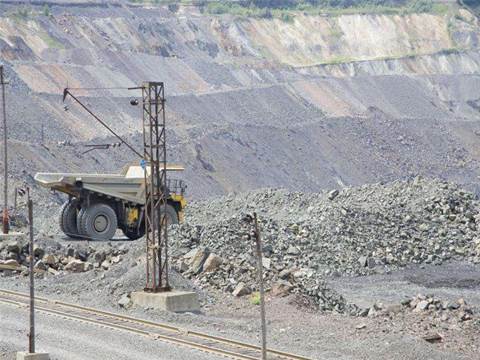 Seeks Clarity as projects are cut.

Mining giant Rio Tinto has invested in software that provides its management with a consolidated view of IT project spending, after finding little accountability or governance in place during the financial crisis.

When the financial crisis hit, Rio Tinto management asked its IT department to cut back technology spending. But at the time, the company had no way of knowing how this might impact business units with projects already in progress.

"We had four to five large project teams, and also business units delivering projects with vendors coming in," Johnstone told attendees at the CA Expo in Melbourne yesterday. "It wasn't very well structured. We lacked a significant amount of visibility about where we spending all these investment dollars."

Rio's bean-counters were uncertain of how money was being spent, or what value projects could deliver to the business, he said.

The total annual expenditure on IT projects was "an enormous number", he said, around the same cost as actually running the IT operations of the business.

Without a holistic view of project spending, the mining company wasn't adequately able to prioritise it's spend between its various operating entities.

As part of a restructure, Rio created a project management [PMO] office and the majority of the company's project managers - which had grown from 36 people to 160 people in the 18 months to mid-2008 - were redistributed into operational roles, Johnstone said.

Rio then used CA's Clarity software to catalogue all projects that were being carried out across the business.

This information now assists the enterprise architecture group when new projects are mooted.

"It was really important [that] they understand the business strategy," Johnstone said. "They can create an IT project that meets the business need.

"When a project came up in the business unit, this [PMO] group really helped challenge this and question that, and added a basic level of governance through that process.

"We now have global visibility of all IT projects across the group and are now able make decisions and analyse this based on what the business requires," he said.