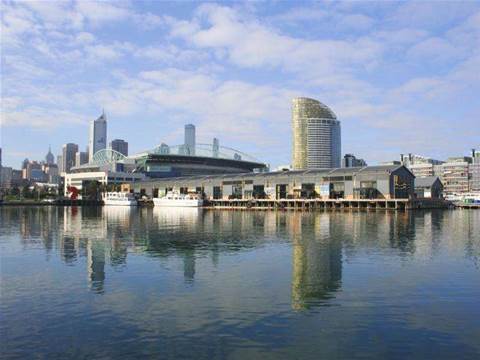 Investment in the "tens of millions".

Victoria has won the race to house the "nerve centre" of NBN Co - a four-storey network operations centre (NOC) that will house 425 staff and cost "tens of millions" to construct.

NBN Co selected a 4,000 square metre, four-storey site in Docklands, Melbourne as the location for its NOC. The facility is expected to be completed by the end of the year, to coincide with the go-live dates for the NBN mainland pilot sites.

The facility will cost "tens of millions of dollars" to build, according to NBN Co CEO Mike Quigley.

Quigley explained that the fourth floor of the building will be a service activation centre and customer migration centre.

"Below that [on the third floor] will be the NOC, which will be the big screens and people sitting behind desks who monitor and manage the NBN network and provide our customers - the retail services providers - with the information and capability to service their customers," he said.

"Finally we have the national test facility which will provide end-to-end test environment on the ground floor.

"It's a very important facility to do all the interoperability testing and inter-networking testing with our customers."

Four thousand square metres of office space has been secured for the site, which is already in the early design stages. A tender for the construction and fit out will be issued in the coming weeks.

The area the facility will be built in is marketed as 'Digital Harbour' and is home to a number of telco and media companies, including Telstra. Quigley said the close proximity to Telstra was an advantage.

"We selected Melbourne because it is where our engineering, technology and construction activities are taking place," Quigley said. "It makes very good sense to be here."

Victoria and New South Wales both invested significant sums in lobbying NBN Co to host the NOC. NBN Co's main corporate offices are in North Sydney, with a smaller facility in Canberra.

"Melbourne is already home to many of the major industry players suppliers," he said, reeling off resident companies including Telstra, Primus, NEC, Ericsson, Tellabs, Siemens and Huawei.

Brumby said Victoria was the first state to speak with the NBN Co board. He said he personally attended discussions with NBN Co alongside the Victorian State Treasurer and ICT minister John Lenders.

"We had a number of meetings with the board, I [attended]a number of those... [and] Minister Lenders as Treasurer and ICT Minister has had countless meetings."

Federal Communications Minister Stephen Conroy decribed the announcement as an "historic milestone for the construction of the NBN.

"When it is completed, the national operations centre or as it's referred to in technical jargon, the NOC, will be a state of the art centre that will deliver world class services for all Australians," he said.