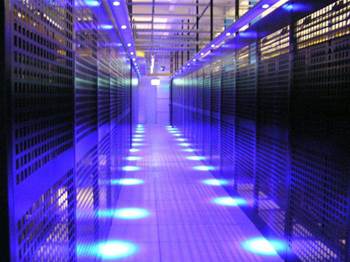 Equinix has begun constructing the $72 million first phase of its Sydney3 data centre,  which is due to open next year.

The data centre giant will invest in the third International Business Exchange (IBX) data centre after filling its Sydney2 facility ahead of expectations.

The new centre will be located about a kilometre away from Equinix's Sydney1 and Sydney2 data centres in south Sydney.

The campuses will have direct fibre interconnectivity via the IBXLink service.

Equinix Australia managing director Darren Mann told iTnews the site had a building shell that was already being refitted for the data centre.

Phase one of the construction will bring 1,000 cabinets online in the second quarter of next year.

The site is capable of supporting up to 3,000 cabinets, Mann said.

"When Sydney2 came online, we were in the height of the global financial crisis and anticipated certain fill rates," Mann said.

"We realised those probably a year ahead of time.

"Three months after the opening [of Sydney2] we quickly realised we needed to do something about the next phase of expansion because demand for space wasn't slowing down."

Mann said the $72 million investment meant Equinix had now invested some $140 million in total in data centre space in Sydney.

"Construction of Sydney3 has commenced. It's real inventory that's coming into a constrained market.

"The continued expansion shows our support to help our customers keep growing."