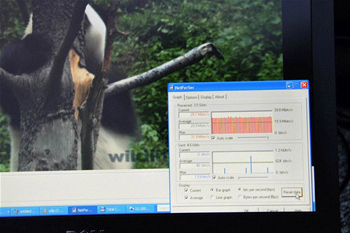 Telstra's LTE trial, which pitches three of the world's largest networking companies against each other in a proof-of-concept for a next generation data network, has racked up some impressive results,  pushing a 100 Mbps wireless downlink to the edges of a 75 kilometre cell.

Nokia Siemens Networks (NSN), vying for Telstra business against Next G incumbent Ericsson and Chinese manufacturer Huawei, impressed Telstra with a trial of a mobile cell based between Mount Hope and Mount Burrumboot in central Victoria.

Michael Rocca, chief operations officer at Telstra, said range testing is critical for the future of this technology in regional Australia.

Telstra continues to test LTE solutions with Ericsson and Huawei.