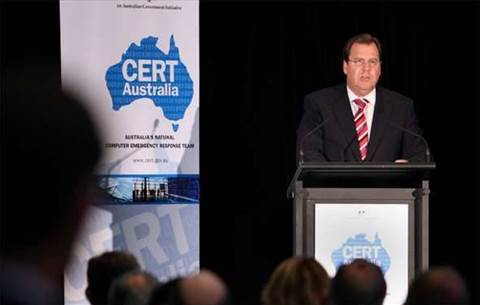 Australia's Attorney General Robert McClelland has dropped AusCERT from a proposed partnership that would have seen the University of Queensland operation retain a role under the nation's new 'official' computer emergency response team, CERT Australia.

"CERT Australia will be fully established within the Attorney-General's Department (AGD) rather than through the partly contracted model that was previously envisaged," McClelland told delegates from the banking, telecommunications, energy and water sectors at yesterday's first National Cyber Security Information Exchange in Sydney.

"We are disappointed the Attorney-General's Department has chosen not to partner with AusCERT in support of the national CERT role," Jeremy Crowley, Director of AusCERT and Information Technology Services at the University of Queensland, said in a statement yesterday.

The DSD launched its new Cyber Security Operations Centre earlier this year - also part of CERT Australia - and plans to hire around 150 staff over the next five years.

McClelland called CERT Australia the "fulcrum" of business and government security information exchange since it was now the single point of contact.

But AusCERT warned the new framework could waste taxpayer dollars.

"We hope that CERT Australia won't use taxpayer funds to duplicate the services of a not-for-profit organisation that has a proven track record for delivering these services effectively for many years",  said Crowley.

McClelland also announced that CERT Australia would be sending thirty representatives from the private sector in Australia and New Zealand to the US for training with its Department of Homeland Security.