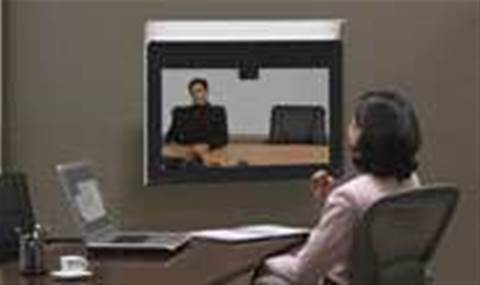 Looking to minimise the cost of technology evaluation.

Enterprises are looking to hosted and managed services to minimise the cost of evaluating collaborative technologies, according to analysts at the NetEvent service provider summit in Singapore.

According to UK-based Wainhouse Research, a majority of large enterprises are still "uncertain" about introducing unified communications (UC), including video conferencing, chat and presence.

He found a majority of respondents to be seeking multivendor infrastructures that incorporated a combination of on-premise, managed and hosted delivery.

"There's a clear decision by these large enterprises to take a hybrid solution," Norris told service providers at the event.

"If you don't currently provide a hosted UC service to your customers, then I think you are in danger of missing out on a very large market."

Citing the firm's 2009 UC and Enterprise x.0 survey of 1,100 companies in 11 countries across Asia Pacific, Rojas said video conferencing was used by 10 percent of companies currently, and would be deployed in an additional 8 percent during the next year.

"We're moving towards more pervasive and disparate usage of visual collaboration," he said. "Video conferencing will become a required service, whether it be at a hotel or conference room."

Telepresence as a service

In partnership with Cisco, Indian telco Tata Communications has deployed six pay-per-use telepresence facilities in India, and an additional seven such facilities in various locations around the world.

By Q4 2010, Tata plans to have 20 facilities worldwide - including at Sydney's Sheraton on the Park - and is in discussions to expand to locations like Starwood Hotels, Taj Hotels, and airports.

Tata also has partnered with travel management companies like American Express and Carlson Wagonlit Travel, who resell pay-per-use telepresence as an alternative to corporate travel.

According to the telco's president of global enterprise solutions Sunil Joshi, telepresence was more about increasing productivity than it was about lowering travel expenses.

"Would you be able to put a price tag on one hour of your time that you would otherwise spend sitting in an airport or on a plane?" he said.

Joshi said telepresence as a managed service had to be a seamless experience with a 24x7 concierge.

The rooms were also compatible with facilities managed by other service providers, as long as they connected to Tata's global meeting exchange (GMX), Joshi said.

While he described challenges in managing Cisco's 700 private and public telepresence rooms, he said deploying multiple rooms in various locations has boosted how often the rooms are used.

"We've gone from having one telepresence room in each place to multiple, and our utilisation has gone up to 50 or 60 percent.

"We've been betting very heavily on video, and that's reflected in our acquisitions over the past few years as well," he said.