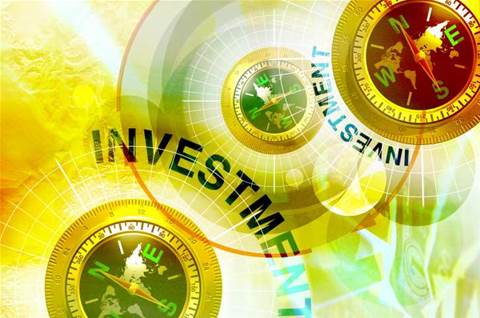 Were the authors too optimistic in their assumptions?

Economists and analysts are lining up to challenge the assumptions and calculations made in the NBN Implementation Study, prepared by McKinsey-KPMG after a $25 million commission from the Federal Government.

The NBN Implementation Study, which found that the National Broadband Network build could break even on its $43 billion cost, made a series of calculations and recommendations based on the assumption that half of the Australian population would seek NBN services, paying the same price as today but for faster connection speeds.

Ovum telecommunications analyst Nathan Burley took issue with some of the assumptions whilst presenting a top-line view of the mobile industry at the 4G Summit yesterday.

Burley said he was surprised that the Study "downplayed the wireless trend" present in the Australian market.

Whilst he acknowledges that mobile broadband isn't always a substitute for fixed services, it nonetheless can substitute - particularly for lower-speed ADSL users, he said.

Wireless broadband is "more of a threat than the study suggests," he said.

Telstra has noted an accelerating trend towards "wireless-only homes" in its November and February forecasts, he said, which represents "both a substitute and a complement to fixed broadband."

Burley estimated that 10 to 15 percent of Australian households would substitute NBN fibre for wireless.

"The Implementation Study assumes high level of fixed broadband take-up," he said. "If people don't want broadband, or if they choose wireless broadband, you'd have to question that uptake. I think the assumptions on takeup were very optimistic."

Commentators on the Twisted Wire podcast were similarly dismissive - suggesting that the study was based on "heroic assumptions".

Economist Paul Kerin has also cast doubt on the Government's expectation of a profitable NBN Co, but for different reasons. He claims that the implementation study "got the numbers wrong".

In an article in The Australian last week, the Melbourne Business School fellow argued that the $25m McKinsey-KPMG implementation study used the wrong 'discount rate' in comparing future returns with the cost of funding NBN Co.

While the study claimed NBN Co would deliver returns exceeding the six percent government bond rate, Kerin argued that returns should exceed at least twelve percent to account for risk.

"Even if we accept that their forecast cash flows are reasonable - which I don't, they're far too optimistic - the number that is wrong is the six percent discount rate," he told iTnews today.

"Investors require higher expected returns to compensate for bearing risk. They would therefore discount future cash flows by a much higher discount rate, probably at least 12 percent, allowing for a conservative six percent premium above the bond rate."

"The business case does not stack up," he said.

Kerin blamed McKinsey-KPMG for choosing the wrong discount rate, "and therefore drawing the completely wrong conclusion about whether the business case stacks up."

He blamed the Government for failing to conduct a cost-benefit analysis from the outset -- despite lobbying from the Business Council of Australia and Opposition -- and concluded that taxpayers should demand a $25 million refund.

Kerin told iTnews that he regretted his decision to vote for the current Labor government, and believed there was "absolutely zero" chance of the Government conducting a cost-benefit analysis now.

"It would be political suicide now," he said. "A NBN was a pre-election promise and they will proceed come-what-may."

"They don't want any risk that a cost-benefit analysis would show that they made the wrong decision."

Would you choose a fibre NBN service over wireless or ADSL2+?