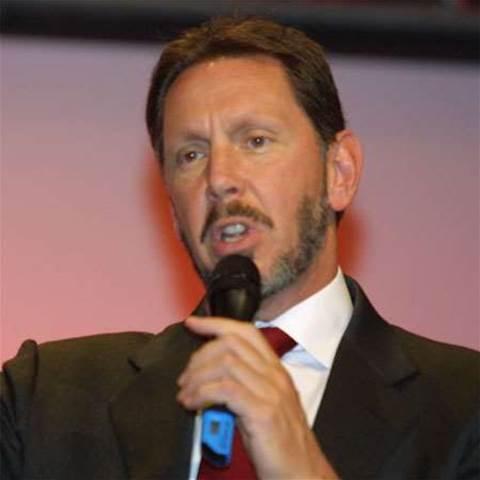 Larry Ellison has taken a swipe at former Sun chief Jonathan Schwartz's management style, suggesting that he spent too much time focusing on the wrong areas.

Ellison rarely speaks to the press, but in an interview with Reuters he let rip on the way Sun's ex-boss chose to spend his time communicating with the world. Schwartz did not run the firm well, he said, and had ignored long-running issues, made poor decisions, and blogged too often.

However, this behaviour benefited Oracle, he added, explaining, "Their management made some very bad decisions that damaged their business and allowed us to buy them for a bargain price."

"The underlying engineering teams are so good, but the direction they got was so astonishingly bad that even they couldn't succeed," he said.

Ellison singled out Sun's investment in the Rock microprocessor as a particularly bad move.

"Rock was incredibly slow and it consumed vast amounts of energy. It was so hot that they had to put about 12in of cooling fans on top of it to cool the processor. It was just madness to continue that project," he told Reuters.

Under Oracle’s ownership, Sun will focus on its more popular products, such as Solaris and MySQL.

"It's picking the Sun technologies that are commercialisable and focusing on those, and ignoring those that are not – they are just science projects," Ellison said.

The Oracle supremo added that under the old regime at Sun, equipment would often be sold at a loss.

"The sales force couldn’t care less if they sold things that lost money because the commission was the same in either case," he said, adding that loss-leading deals including the resale of kit, software and services from firms including Hitachi and Symantec would soon be ended.

With Sun now under Oracle’s control, the firm is considering fresh acquisitions in all areas of the business.

"Where we think we'll make our money - where we think we're able to differentiate ourselves from IBM and everybody else - is by building complete and integrated systems from silicon all the way up through the software, all prepackaged together," he said.

Got a news tip for our journalists? Share it with us anonymously here.
Copyright ©v3.co.uk
Tags:
blogs great hardware lots software strategy sun