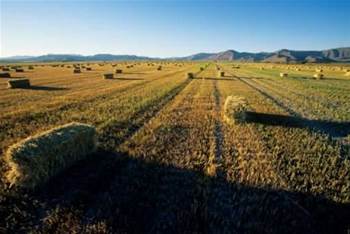 More rural Australians could receive fibre National Broadband Network (NBN) access and at a metropolitan price point, if the Government heeds recommendations made in the NBN Implementation Study released today.

While the Government planned to deliver 100 Mbps fibre connections to only 90 percent of Australian households, authors of the $25 million report have called for fibre coverage to be extended to 93 percent.

Report authors at KPMG and McKinsey and Company expected it to cost $2.3 billion more to deliver the additional fibre connections instead of the 12 Mbps wireless connections that had been planned.

But although fibre cost more to deploy, it was likely to have a higher uptake -- and cost was not prohibitive, the study found, highlighting lower backhaul cost estimates than those initially anticipated.

Initial Government estimates priced the NBN at $43 billion, allocating $28.5 billion for fibre to 90 percent of premises, $3.0 billion for the remaining 10 percent, $5.4 billion in backhaul costs, $1.5 billion in overhead costs and $4.6 billion for out-turning.

Of the seven percent of premises that did not receive fibre connections, four should receive a commercially-tendered fixed-wireless service with a wholesale Ka-band satellite service delivering at least 12 Mbps to the remaining three, the report suggested.

It forecast up to 250,000 kilometres of access network and backhaul fibre deployed and up to 5,000 customer visits per workday during the eight-year rollout.

"Driving take-up should be the main priority for NBN Co over the coming decade," the authors wrote.

"Government should expect strong take-up of NBN services in the long-term if NBN Co sets prices to enable retailers to offer superior value to end users currently served by the copper network.

"Over time, we expect that Government would aspire to extend fibre even further," they  wrote.

While NBN Co was to be a wholesale provider only, and could not set end user prices, the report noted that the wholesale price would likely be the largest input cost for a retailer.

However, uniform pricing would meet Government aspirations of delivering "affordable broadband to all Australians" by reducing retail price variability and drive uptake of NBN services, the report suggests.

"Fibre is the physical network platform of the future," the authors wrote.

"It has the potential to far exceed the short-term performance requirement of 100 Mbps ... if properly specified and deployed, the physical network should not need revisiting for 40 years and more."