Netizens: How ACTA will make a criminal of you 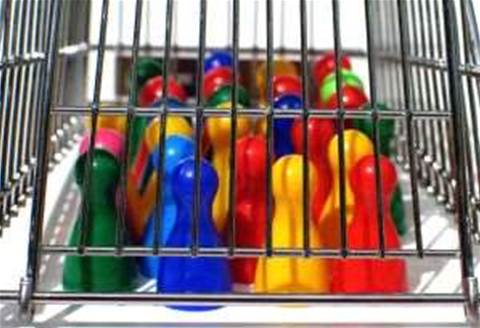 ANALYSIS: The 'Anti-Counterfeiting Trade Agreement' (ACTA) might sound like it's aimed exclusively at the crooks selling pirated DVDs at the markets, but it's really about curbing the behaviour of individual internet users, according to one of Australia's leading legal academics.

As Government negotiators from 27 nations meet in Wellington, New Zealand today for the latest round of ACTA talks, Kimberlee Weatherall, senior lecturer in law at the University of Queensland, has released a paper which pulls apart the implications of the latest draft text to be leaked from the negotiating table.

Weatherall's 37-page paper - available for download online - has confirmed what many had suspected: the ACTA will have serious ramifications for both intermediaries such as internet service providers (ISPs) and web hosts, but also for the rights of individuals.

Today, Weatherall spoke to iTnews about how the ordinary citizen will be impacted.

The original focus of ACTA - to crack down on commercial piracy conducted on a mass scale - has suffered some "scope creep", according to Weatherall's reading of the leaked draft.

In simplest terms, the leaked text of the ACTA draft could make an individual criminally liable for the most mundane transgressions of intellectual property law - the downloading of a copyright protected work for personal enjoyment.

The definition of what constitutes "copyright piracy" under ACTA, for example, covers non-commercial acts undertaken by individuals. According to Weatherall, the draft text would suggest that a single copy of a copyright protected work copied for private use would be "a pirated good."

Weatherall noted that this definition does not contain any requirement for the user to distribute the content in order to be defined as a pirate - the mere making of a copy, even for personal use, is considered an act of piracy.

Further, the ACTA draft seeks to suggest that it is a commercial act - and potentially a criminal one - to make this copy if it was for "private financial gain."

One party to the talks - Mexico - has even called for the scope of  "private financial gain" to include the money a private individual might save (and therefore gain) by NOT paying for a sound or video recording.

"That would make downloading a pirated file a criminal matter," Weatherall explained. "The worst interpretation of ACTA could have that impact."

To extend criminal liability to such an infringement would run against Australia's Copyright Amendment Bill (2006), in which private acts were omitted as an offence, Weatherall said.

"It is not at all clear why the definition needs to be so broad," Weatherall noted in her paper.

If the target of ACTA is organised crime and large scale counterfeiters, she suggests lawmakers would only have to apply provisions - that copies were made for trade or commercial purposes, for example. If ACTA also targets large scale internet piracy rings, the agreement could merely include a provision requiring "mass non-commercial infringement".

That none of those provisions are in the text suggest to Weatherall that individuals are also in the firing line.

Of even greater to concern to Weatherall is that many of the "remedies" drafted in the leaked ACTA text - ie how copyright abuse should be punished - apply regardless of whether the act is considered commercial or not.

One such remedy is "statutory damages" - that each country should implement a system for pre-established damages to apply in cases of copyright or trademark infringement.

Statutory damages would see government set in law a fixed dollar amount fine for different types of intellectual property abuse. Such a system keeps rights holders (such as movie studios or record companies) from having to prove what harm was done to them in any alleged infringement, and would doubly deter other individuals from engaging in the same activity.

"The biggest impact of ACTA on individuals in Australia is likely to be the introduction of statutory damages," Weatherall said.

In Australia today, by contrast, individuals found guilty of IP infringement in a court are ordered to pay "additional damages" at a judge's discretion.

Judges, mindful of the need for damages to reflect the harm caused by any infringement (and mindful of the media's analysis of their judgements) tend to be proportionate in their awarding of damages.

But under ACTA "the courts will be deprived of that discretion," Weatherall said.

If the United States is anything to go by, damages claims can most certainly get out of hand under a statutory damages scheme.

"If a person has engaged in filesharing, say, with even 20 songs, a simple multiplication of the minimum statutory damages award for knowing infringement (US$750) leads to a sum of US$15,000 - enough to cause considerable terror in the average young person," Weatherall noted in her paper.

"That's big numbers for most people," she told iTnews, especially when the subscriber has really only cost the music industry US$40, not US$15,000.

Weatherall noted extreme scenarios in the U.S. such as Capitol Records v. Thomas-Rasset,  in which an amount of US$80,000 damages was set per infringed song, making one lone peer to peer filesharer liable for US$1.92 million in damages, despite the trial judge's estimate of actual damages of around US$50.

In practice, Weatherall noted, what usually happens is that rights holders point to these cases as a means for scaring individuals into settling out of court.

"Rights holders have taken up lawsuits against individuals accused of file sharing, pointed to the statutory damages and said, you could be up for $100K here, but you can settle with us for $8k," she told iTnews. "And who wouldn't settle?

"That's how statutory damages have unfortunately been used in recent times."

The problem with statutory damages, she said, is that they were designed in a day before "digital mass infringement of copyright."

"There is a punitive element to it, which was designed for tackling the guys selling physical tapes in markets," she said. But that doesn't fit the crime for your average filesharer.

It has been argued in defence of statutory damages that legislators can cap the total amount of damages resulting from an infringement and keep the total damages bill within a reasonable dollar figure.

"But it then becomes a lobbying target," Weatherall said. "Every time rights holders want to put pressure on the Government, the Government ups the figures to look like they have done something."

Stay tuned for Part II of this discussion with Kimberlee Weatherall, which looks at the implications of ACTA for ISPs, web hosts and search engines.