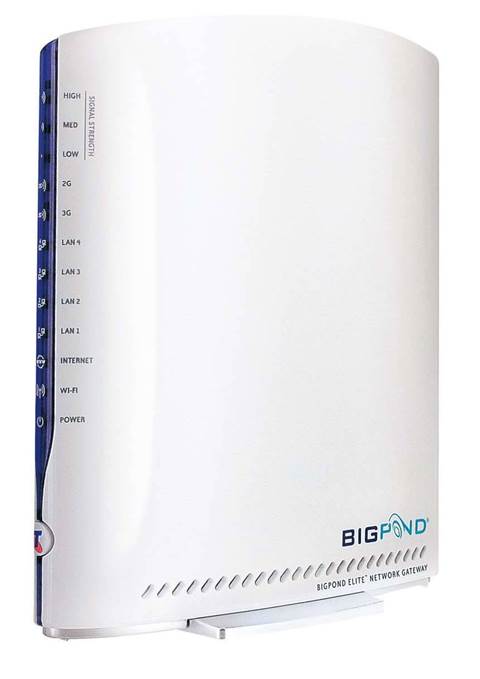 Is a 3G wireless router robust enough for a SOHO business?

Twelve months on from the Federal Government's announcement of the NBN (Mark II), a lack of progress on fibre rollouts has ironically forced many Australians to consider wireless broadband as an alternative to fixed line services.

As ISPs cool their investments in ADSL2+ DSLAMs in anticipation of the NBN and stakeholders argue about who should pay for the rollout of fibre connections to new housing estates, for many Australian homes the only remaining option is 3G data networks.

Mobile broadband is the "fastest growing technology" in Australian internet connections, according to recently released ABS figures, with the number of these connections growing 40 percent during the second half of 2009 to 2.8 million.

But is wireless good enough for a small office/home office (SOHO) business or home office?

iTnews wanted to simulate the all too common scenario where a SOHO business can't get ADSL/Cable in their area or are so far from the local Telstra phone exchange that an ADSL connection would be so slow as to be impractical.

So iTnews decided to conduct an acid test using a Telstra NextG wireless broadband internet gateway for several weeks to see if it was robust enough to be a primary internet access mechanism for a SOHO business.

A Telstra spokesman told iTnews that the NextG wireless broadband products for business "are not marketed as an ADSL/cable replacement" but are intended for use as a "business continuity asset" and internet access mechanism in temporary situations such as tradeshows.

However, when faced with no access to ADSL/cable this product is the only viable alternative so iTnews can see a strong temptation for a SOHO business person to choose a NextG wireless broadband gateway to act as a modem, WiFi access point and router for their office.

iTnews tested the Telstra NextG Gateway in two Sydney SOHO office locations. One in South West Sydney where we had a medium quality signal and another in the inner west where we had a high signal.

These speeds compare to a reasonably fast ADSL1 connection but are far short of the top "real life" speeds offered by ADSL2+ and Cable connections which at their best can reach 20 mbps.

Upload speeds were very impressive, usually above 1 mbps and often above 2 mbps which is superior to the majority of retail ADSL connections.

Upload and download speeds, however, fluctuated wildly from minute to minute, unlike the more stable and predictable speeds offered by ADSL/Cable.

This is the inherent risk in using a shared medium (mobile wireless broadband internet) as a primary form of internet access because a mobile tower's data transfer speed is shared amongst the number of users of that tower at any given moment.

The NextG connections also experienced greater latency (reaction time between clicking and actually viewing a website) compared to the snappy ADSL2+ connection we were used to. At first the delay was quite noticeable, but after a few weeks we acclimatised and didn't really notice.

When deciding how much monthly data transfer you need, note that all mobile wireless broadband internet providers count sending and receiving data towards your monthly usage.

In comparison, many ADSL plans offered by Telstra's competitors such as Internode and TPG only charge for downloads - with uploaded data being unmetered.

Our testing shows that a SOHO business person who doesn't upload a lot of data could work within the confines of a 9GB plan ($89/month without bundling discounts) which is reasonably good value considering the benefit of mobility because the NextG gateway can be taken with you for use at other locations.

But note that the cost of these accounts come at huge cost - $159 per month for 20GB and $360 per month for 50GB (these prices are without bundling discounts).

So while a Telstra NextG mobile wireless broadband internet gateway will suffice as a second best internet connection mechanism for a SOHO user with no other options, it starts to struggle if used to transfer data from several sources simultaneously by more than one or two people, so it isn't suitable for an office with a few people working in it.

The relatively high cost of data transfers, lower top speeds and unpredictable nature of wireless broadband offers available today mean they are better used in addition to a wired broadband solution rather than as a replacement.