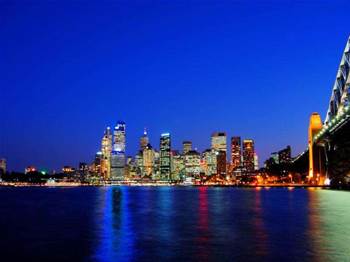 A New South Wales Government initiative aimed at reducing the amount its agencies have to pay for enterprise software has been met with a strong response, with 99 software vendors replying to an RFI (request for information) that demanded the vendors offer new procurement models.

The State Government is aiming to reduce its overall spend on software - which currently sits at around $100 million per year - by centralising the negotiation of software deals via the NSW Government Chief Information Office (GCIO) on behalf of the state's 160 agencies.

The RFI, released in November 2009 as part of the State's "People First" policy, aims to re-model the statewide procurement of software before the next round of major systems upgrades or license renewals.

The NSW Government said it was looking to "consider alternatives to dominant market players to introduce competitive pressure in pricing and avoid vendor lock-in."

Among the NSW Government's demands was for enterprise software vendors to be more flexible around licensing - whether it be via the rental SaaS (software as a service) model or increased use of open source solutions backed by major vendors.

The RFI also asked that vendors offer an "annual fixed sum" model whereby any NSW Government department could be licensed for all software products in a vendor's catalogue for a fixed annual fee.

Late last week the NSW Government released a statement - backdated to March - expressing that the GCIO was "pleased with the level of response" to the RFI - in which some 99 software vendors submitted.

The GCIO said that as hoped, software vendors came forward with offers of discounts and that many supported SaaS as a delivery method.

"Next steps in the process for GCIO include obtaining endorsement of the Enterprise Software Strategy and supporting Roadmap which will provide direction for Government and industry over the next five years in enterprise software service delivery," the GCIO statement said.

"Meanwhile as an outcome of the RFI, NSW Procurement has commenced the formal procurement process to enable Agencies to acquire software in line with the software strategy."

A spokesman for the GCIO, however, was unable to confirm if the Government will proceed directly to tender or whittle down the list using a formal "Expressions of Interest" (EOI) first.

The GCIO removed its update on the software procurement process immediately prior to iTnews publishing this story.