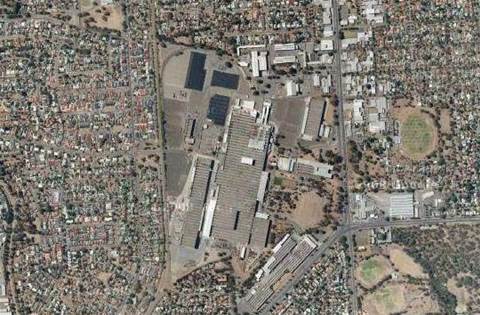 Tier 5, a company owned by hosting pioneer Marty Gauvin, plans to build a data centre in Adelaide on the site of the city's abandoned Mitsubishi car factory.

Tier 5 is in negotiations with the South Australian Government to lease the 4000 square metre facility and land immediately around it (to a total of around 15,000 square metres), attracted by the prospect of a 25 mW substation located on-site.

The South Australian Government purchased the site from Mitsubishi last year after the Japanese company pulled out of manufacturing in Australia the year prior.

Gauvin, founder of Hostworks before departing the company last year, expects to squeeze in between 500 and 1000 racks into the data centre. This would make the data centre ten times the critical load of Hostworks' Kidman Park facility.

Customers will be offered an average of up to 15kW per rack.

At 4,000 square metres, the data centre would be only one-sixth the size of Sydney's Global Switch and slightly smaller than Brisbane's Polaris or both buildings at Sydney's Equinix, but it will easily be the largest data centre in South Australia, according to Gauvin.

The Adelaide data centre will be designed such that rather than simply caging off sections of the server room floor to different clients, every service provider that leases space will have its own door and branding into a pod.

Tier 5 will offer these whitelabelled pods to wholesale providers such as ISPs, outsourcers or very large clusters of Government departments or corporations.

"We won't be selling anyone a single rack," Gauvin said. "We'll only sell to those service providers that want to lease a considerable chunk of space."

Gauvin said he expected the data centre to have a power utilisation efficiency (PUE) rating (ratio of total power consumed by the total power used by the load) of 1.2, due to the Dell DCS design and free cooling.

"For a long time data centres have been designed around people and mainframes," he said. "I'm not likely to have much of other - we won't need to cool a lot of the space."

A prototype of the modular data centre units to be rolled out at Tier 5's centre will arrive in Australia in May.

Gauvin said Tier 5 aimed to build similar data centres in six other Australian cities, as well as expanding into the Middle East and mainland China.

"There are 68 markets in the world where data centre supply actually meets demand, and Sydney is one of them," he said. "Everywhere else, there are lots of poorly-maintained old facilities and people standing around waiting for somebody to invest. Our view is that the only way you succeed is to get cooperation from as many of these people at possible."

Tier 5 has bid to be on the New South Wales Government data centre panel.