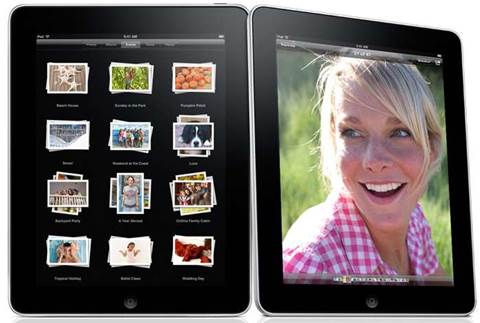 Apple has this confirmed that Wi-Fi versions of the iPad will be available in the US from 3 April and in Australia from "late April", according to the Apple Australia website.

The Wi-Fi + 3G model still has no specific US release date other than "late April", the same for the UK Wi-Fi and Wi-Fi + 3G versions.

The announcement is the first official confirmation of a US release date for the much-vaunted tablet device.

Customers will be able to pre-order both models from Apple's online store from 12 March, but only the Wi-Fi model can be reserved and picked up in store.

Apple chief executive Steve Jobs claimed that the iPad represents something completely new on the market that will change the way people use applications.

"We are excited for customers to get their hands on this revolutionary product and connect with their apps and content in a more intimate, intuitive and fun way than ever before," he said.

The company said that international pricing will be announced in April. Rumours recently suggested that pricing for the iPad in the UK could exceed that of the US.

Got a news tip for our journalists? Share it with us anonymously here.
Copyright ©v3.co.uk
Tags:
3g april hardware ipad model us wifi

ForgeRock for Australia’s Trusted Digital Identity Framework (TDIF)
By Dan Worth
Mar 6 2010
10:13AM