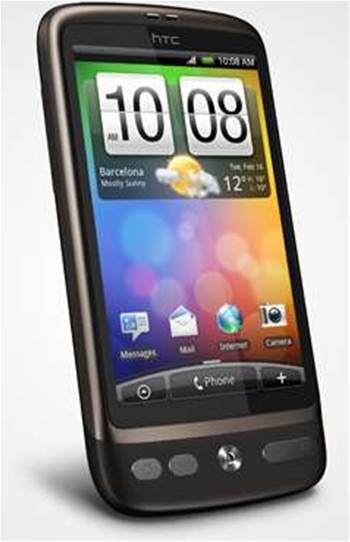 Google has issued a statement showing the company will support HTC in its impending legal battle with Apple.

While Google has often refused to comment on legal matters, the company has decided to discuss its views on Apple's latest move in the courts.

"We are not a party to this lawsuit. However, we stand behind our Android operating system and the partners who have helped us to develop it," said a Google spokesperson.

The Apple lawsuit against HTC claims infringement of 20 patents relating to the iPhone's user interface, hardware and architecture.

HTC originally made smartphones based on Windows software but last year it began producing devices based on the Android operating system, such as the Nexus One, the Dream/G1 and the Hero.

Therefore, while Apple does not explicitly name Google in its latest legal dispute, the firm is effectively asking the US International Trade Commission to block HTC Android phones from the US, which would have a direct impact on Google's revenue.

The latest developments are a sign of the deteriorating relationship between Apple and Google.

The firms now compete in the mobile hardware and software market and on a growing number of cloud applications.

Google chief executive Eric Schmidt had to resign from the Apple board last year because of the increasing areas of overlap between the companies.

When Google launched Android, Apple chief executive Steve Jobs was reported to have criticised the operating system and said that it would divide Google from its partners.

Apple has since demonstrated its competitive streak by banning Google Voice from the iTunes App Store and by discussing the possibility of having Bing as the default search engine on the iPhone.

Meanwhile, Google was granted a patent last week for the use of location information in adverts, a decision analysts say is likely to directly affect the plans of Apple in the space.

Got a news tip for our journalists? Share it with us anonymously here.
Copyright ©v3.co.uk
Tags:
androidappleapplevstheworldgooglehardwarehtclastlegalsoftware