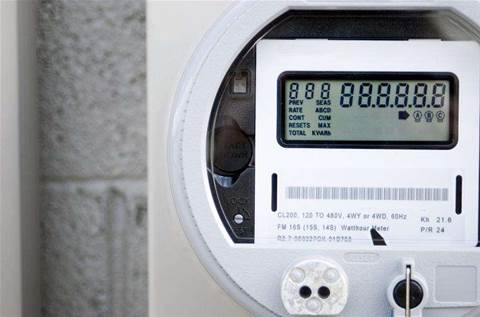 Resistance to smart meters threatens to brown out national plans.

Victoria's power industry, consumer groups and the State Government will meet today to find a way to short-circuit negative media that threw the spotlight on problems low-income families faced with the statewide rollout of smart meters.

The power industry had seen a surge in consumer complaints.

They included being billed for meters that were yet to be replaced, higher bills caused by time-of-use tariffs that charged energy at higher rates in peak times, and short-changing of solar panel buyers.

Some consumers had resorted to civil disobedience by refusing access to their meter boxes for installation of the new equipment.

The intelligent infrastructure upgrade sparked a gold rush among IT vendors and integrators such as Logica and IBM.

The meeting of the Consumer Communications Working Group came as state governments moved to pass national laws by the middle of next year to protect the disadvantaged from the worst effects of time-of-use tariffs that charged higher rates at peak times. But Victoria's Consumer Action Law Centre was worried that the national law had too many compromises and was pushing for stricter protections especially around data protection, said senior policy officer Janine Rayner.

"Harmonising into one national law means a lot of compromise and horse trading," Rayner said.

"Consumer and welfare organisations around Australia are contributing; we're pushing for the consumer voice to be heard in the law because the national law is pretty dumbed down.

"We're now advocating strongly for it to be clearly outlined in regulatory tools in Victoria that the data belongs to the consumers."

Rayner said that without such protections, consumers may be charged to access their energy-use statistics, which could negate the price signals that lower consumption.

"How much of our energy and consumption belongs to us? If an aggregator gets in the market, who owns the information and what if they charge us to access that information?"

She said it was the role of the State Government or "combination of Government and distribution businesses as part of the rollout" to develop an education and awareness campaign to tell consumers of the rollout.

iTnews believed the working group agreed it was the Government's role but industry sources said Government and industry were until recently gridlocked about who was responsible, leaving consumers so bewildered and angered about unexpected charges that it threatened to derail the scheme nationally.

Rayner said the lack of communication to consumers was "raised repeatedly throughout this period".

"We've yet to see any proactive media coming from those departments," she said

The Victorian working group rated the danger to the smart meter rollout from bad PR and failing to respond to criticism as high. In Victoria, the problem was so serious that the Energy and Water Ombudsman created a website to direct complaints.

iTnews believed the threat to the scheme the impasse caused had forced the hand of the Department of Primary Industries, which was drafting a communications plan to combat the negative publicity to be debated this afternoon.

The PR offensive included swiftly countering adverse reports, developing favourable story ideas and briefing journalists on the benefits of smart meters. (NSW has already started its smart grid campaign, offering free rent in an energy-efficient house to a family willing to blog about the experience.)

Rayner said that education was "essential ... to help consumers think about any benefits that may accrue and any impacts of their consumption and how they can be winners or losers from time-of-use tariffs".

Victoria was the leader in the roll-out of smart meters that reported householders' energy use in near real time and were an essential stepping stone to a smart grid that adapted to energy use through the day.

Smart grids were seen as a way to stall billions of dollars of infrastructure spending and extend the life of existing assets while fortifying the power grid by charging the true cost of energy.

Water and gas utilities were following closely the power companies' and regulators' experiences before upgrading their own networks.

iTnews believed a key concern of power companies and Government over the plan to exchange 2.4 million meters was the embarrassment tabloid revelations that pensioners were defying the statewide rollout by padlocking their meter boxes caused to Energy Minister Peter Batchelor (pictured). 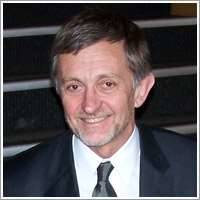 A recent story in the Sunday Herald Sun highlighted the frustration Lilydale pensioner, Lee Walker, 71, felt dealing with energy retailers and Government over the issue.

Walker, who received $300 a week from a pension, told the paper she was driven to padlock her meter box and post a sign on it saying: "Do not install smart meter here. Go away!!!" after 40 letters she wrote to energy companies, Government and media were ignored.

She said she neither wanted nor needed a smart meter: "I really object to the arbitrary nature of it all", she told the paper. "I've been told my electricity company is going to give me a new smart meter that I don't need and don't want but I'll still have to pay at least $78 a year whether it is connected or not.

"It's outrageous. How are pensioners and low-income families supposed to afford this?"

Victoria's Auditor General found in November that low-income earners would be $150 a year worse off with a smart meter in their house but a recent Melbourne University study reported that figure could be twice as high.

A St Vincent de Paul study last year found the house-bound such as pensioners faced price hikes of 42 percent to $254 a year - 20 percent more than the average rise in bills. And the WA State Government estimated households would be slugged with a 25 percent rise in their power bills - half what the regulator recommended.

Rayner said governments had ignored the burdens they were placing on the those at home during peak times, such as the unemployed, stay-at-home parents, pensioners and house-bound.

"Definitely, in terms of equity impacts of smart meters, there are concerns around how widespread the impacts on [the] 'losers' [those disadvantaged by time-of-use tariffs] may be and there's been no price modelling about those equity impacts," Rayner said.

"There's been no trials done in Australia about how those impacts flow through to consumers. In Victoria the rollout has been committed to long in advance, long before these trials have gone ahead."

The State Opposition has called for the smart meter roll-out to be frozen until the Auditor-General's concerns were addressed.