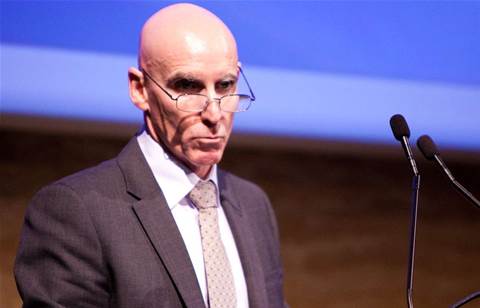 NBN Co will attempt to locate its up to 200 points of interconnect in areas where there is contestable backhaul, the company’s chief Mike Quigley told a gathering in Sydney.

Quigley outlined several proposed designs for its points of interconnect in Australia at the Realising our Broadband Future forum.

The first option was a fibre access node incorporating a point of interconnect, he said.

He said there may be “more variations” outlined in its design of the points, which would likely number between 100 and 200.

“The location [of those] needs to be carefully considered,” Quigley said.

“Where we place [interconnects] can have an impact on industry structure.”

He said NBN Co would consult with both the industry and the Australian Competition and Consumer Commission on potential locations.

Quigley also said NBN Co was building a “low touch, self service operational and support environment” to handle both business and operational support for the network.

“Because we’re a start-up, we’re not carrying forward legacy systems that are constraining our [system] design,” he said.

Quigley said the support system requirements included coping with high-volume transactions, automation and “ensuring equivalence of access regardless of their size and capability.”

“We’re doing everything we can to keep the network design simple,” he said.

Quigley said “careful consideration” was being given to the upgrade path for gigabit passive optical networking (GPON) technology - from 2.5 Gbps to 10 Gbps and beyond to 40 Gbps wave division multiplexing (WDM-PON).

Quigley also revealed the NBN Co would rely on KA-band satellite technology to reach “the last percentage of the population” unable to be reached by other high-speed wireless technologies.

He said wireless spectrum availability was “still an issue” that NBN Co was yet to resolve.

He also said the NBN Co was “still doing traffic dimensioning and costing on fibre, wireless and satellite [technologies and services].

“That will inform our choice on where the technology boundaries will be,” Quigley said.

“We are intending to have an extensive industry consultation on our wholesale product suite prior to submitting it to the ACCC.”

Quigley said NBN Co was “working closely” with advisers McKinsey and KPMG. He said the set-up as “very productive and will result in better outcomes for all of us.”