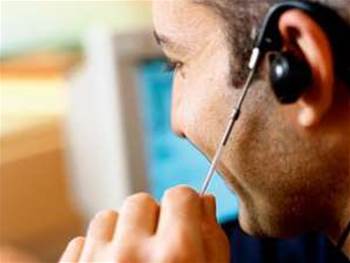 NEC Australia will cut HP out of the customer support desk infrastructure for its managed services business, following HP's decision to retire the software last month.

NEC said today it planned to migrate from HP Service Desk and a series of internally-built legacy apps to a single BMC Remedy architecture.

The system would handle customer support ticketing and manage requests by customers to move or add network devices in managed sites. It was expected to be in place by March next year.

HP announced it would discontinue its Service Desk platform in favour of the ServiceCenter software it acquired from Peregrine Systems in 2005. It will continue to support Service Desk until the end of 2012.

"We had to make a choice to move forward with HP or look at other alternatives," said NEC's executive general manager of the managed services group David Snapp.

Snapp said BMC emerged a front-runner because of its out-of-the-box ITIL capabilities, a simpler licensing model and the fact that NEC's managed services operations in Japan, Asia and North America had standardised on it already.

Snapp said BMC was licensed as a suite whereas HP licensed individual components such as request management and configuration management.

He said HP had tried to keep NEC on its books. "They did come to us with a commercial offering to migrate from Service Desk to ServiceCenter. But when we weighed up the options, it made sense to go with BMC."

Customers had been supportive of the change, Snapp said. He believed they would notice faster access to information and be able to submit change requests online as part of the new integrated service desk.

"HP customers have to make a decision," he said.

"A number have decided they will go out to market and take this as a good opportunity to assess [what else is out there]. That's happening without us [proactively] going after that market. It's a nice position to be in."

NEC manages more than 200,000 network devices in Australia across more than 1,500 customer sites.