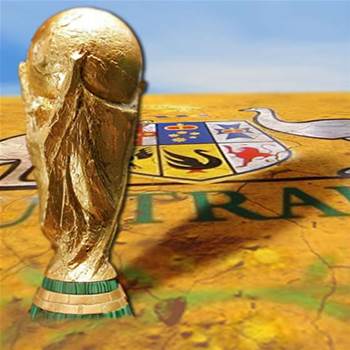 Working on a fix to offer the same service to iPhone customers.

A spokesperson for Optus told iTnews the streaming broadcasts will work on any Optus 3G mobile device on the network, but was still working on a solution for the Apple iPhone - be it a "link or an app."

The spokesman promised the carrier "will have a solution for iPhone customers" before the games kick off in South Africa in June 2010.

The streaming video will not be charged against the user's data allowance, the spokesman said.

Optus is one of several broadcasters around the world to pay FIFA for the mobile coverage rights.

"Optus will deliver live streaming exclusively to Optus 3G mobile customers for free via a dedicated camera which is filmed specifically for the mobile," said Optus CEO Paul O'Sullivan

All mobile broadcasters will receive the same feed unless there is a clash, with two games being played simultaneously. In this case, Optus guarantees its feed will prioritise games featuring the Australian team.

Optus has signed a separate agreement with television broadcaster SBS to stream analysis and additional footage available from its "The World Game" program.

The carrier was yet to decide whether the consumption of this additional footage - as well as World Cup-themed highlights, wallpapers and screensavers also on offer - will count towards data download limits.