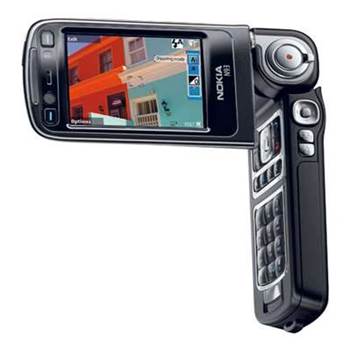 Symbian may have a dominant position in the smartphone market but it's in danger of falling into obscurity according to a senior Gartner analyst.

Gartner vice president Nick Jones believed that Symbian was in danger of losing out to weaker operating systems due to bad marketing.

“Android is well up on the hype cycle, it’s still a novelty and so is pretty much marketing itself; despite the fact the operators and handset manufacturers tend to de-emphasise it in favour of their own brands,” he said in a blog posting.

“Apple spends tons on marketing and advertising, there can’t be a sentient being this side of Alpha Centauri who hasn’t heard of iPhone. Apple also gets a lot of free marketing from its own users half of whom seem to be on a personal crusade to convince the rest of us to buy an iPhone. How long can it be before cult deprogramming specialists offer to kidnap your family members to free them from their Apple dependency?

He notes that the only proponent of Symbian is Nokia, but that the Finnish telco is more interested in promoting its Ovi developer network.

Symbian has made some effort, but Nokia is even considering dropping the Symbian platform altogether in its next generation smartphones.

This may be shortsighted, warned Jones.

“If consumer developers start to forget about the existence of Symbian that imperils the whole Ovi strategy,” he said.

Got a news tip for our journalists? Share it with us anonymously here.
Copyright ©v3.co.uk
Tags:
applehardwaremarketingoperatingsoftwaresymbian