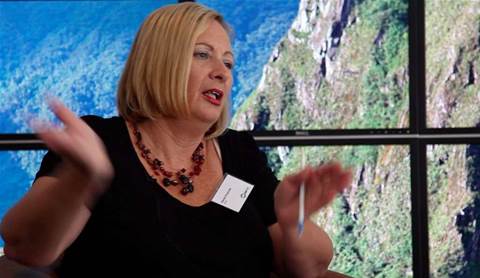 Both Telstra and US giant AT&T were convinced that the internet was just a fad and data had no future, according to Glenda Korporaal, author of a book documenting Australia's first 20 years online.

iTnews spoke with Korporaal on the 20th anniversary of Australia going online.

In this short interview, she explains the beginnings of the Australian Academic Research Network (AARNet) in 1990 - at a time when the US internet had already been running for some 20 years.

By 1995 there were 300 commercial customers and the universities were concerned because they had effectively become ISPs. This is when Telstra approached AARNet, bought the business and hired some of its key people.

Telstra was originally approached by AARNet in 1989 but at that time, executives from the telco said they didn't "see any future for data". US telco AT&T had been involved in similar discussions there ten years earlier.

The birth of Internode and iiNet

The academic research network was directly responsible for inspiring both Simon Hackett and Michael Malone to start their own ISPs.

Hackett was at the University of Adelaide and, through his work with AARNet, had a 'birds eye view' of the future. He wanted to start his own business and so he set himself up as a reseller of AARNet's services and founded Internode.

Michael Malone was in the university of Western Australia and wanted to continue to have access to the internet once he graduated so he pooled some money together with some friends and founded iiNet.