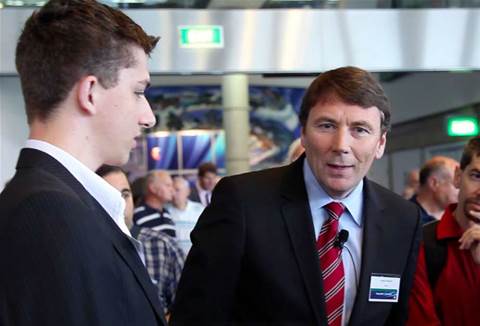 Australia joined the internet exactly 20 years ago when the AARNet connected our research network to the American universities.

The US nerds had been surfing the tubes since the late 60's and however much we wanted to join the party, we had to wait patiently for a technician to come over and hook us up - and this was even before Telstra got involved.

The Crunch learned this week that in 1989, Telstra didn't see any future for data.

Glenda Korporaal, author of a book detailing the history of the internet down under, tells the story. "AARNet went to Telstra, which was then called Telecom, and said would you like to come in on this? Telecom executives said, 'we don't see any future for data'."

Look out for the full interview with Korporaal, which will be published on iTnews very soon.

So, 20 years ago, Telstra saw no future in data. At the Telstra Investor's day earlier this month, CEO David Thodey explained what Telstra thinks of very, very fast data.

"Telstra over many years has looked at implementing a fibre to the home solution .. but it is not in our shareholders best interest because we could not prove to ourselves that it would give an adequate return," Thodey said during a press conference.

So there you go. Different name, different decade, different leader... but still the same policy on data!

In other news, have you heard of the iTablet? You know, the tablet computer that Apple is apparently on the verge of releasing? Well if you have any doubts that the tablet will be a success, you need to listen to Nick Jones from Gartner.

"I have clients now who say if Apple brings out a tablet they will go out and buy 300 tomorrow because people will want them in my organisation - almost regardless what it does," said Jones.