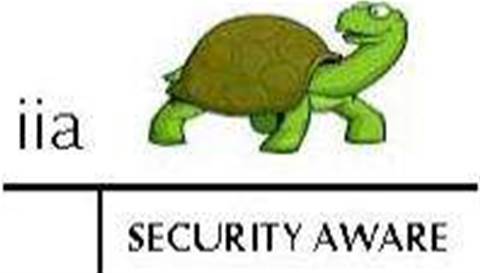 The film industry has tendered for consideration a draft ISP code of conduct created this year in its copyright case against iiNet, despite presiding Justice Cowdroy believing its relevance was "peripheral" and probably not of much use to his decision in the case.

The code suggested ISPs contact, and in some cases disconnect, customers that have malware-infected computers on their networks.

Dalby told Bannon he "didn't recall attending" a meeting convened by the IIA on 10 June, 2009 that attempted to explore the merits of a new voluntary e-security code.

He was then handed a document - later revealed to be a report by iTnews - in which he was quoted providing a reaction to the draft.

"I believe I made that [press] statement, yes," Dalby confirmed.

"I very often get calls from media where they want to talk to me about things I haven't seen yet. This very much looks like a response that is neutral and non-committal."

Bannon then attempted to tender the draft code, to which iiNet's senior counsel Richard Cobden SC objected on the grounds of relevance.

"What issue is it directed to?" Justice Cowdroy asked Bannon.

"The relevance is... what it identifies is what the IIA has published as reasonable steps an ISP can take in circumstances where on a customer account there is a computer that has a virus which when [the customer] goes online is transmitted across the internet," Bannon alleged.

"It then refers to actions of notifying the customer, throttling or temporarily suspending the account. In other words, steps have been agreed in the draft code in the IIA and iiNet is a member of [the IIA]."

"Is that agreed?" Justice Cowdroy posed to Bannon.

"How has this got relevance to iiNet? Did it participate or was it totally divorced from [the drafting process]?"

"There's a couple of issues. There's the meeting on 10 June. We know iiNet was a member of the IIA..."

But Justice Cowdroy stated there "had to be more direct evidence" that established iiNet had been directly involved in the process in order for the draft code to be tendered.

"It represents a code issued by the IIA as [what it took to be] reasonable," Bannon countered.

"We have in evidence an absolute welter of material including Mr Dalby's evidence consisting of submissions to [or from] government, the IIA and Telstra as to what are reasonable steps for an ISP to take.

"Our issue is whether it is reasonable to take steps to notify customers in relation to an activity - we say copyright infringement. Here is an example that these are reasonable steps that can be taken."

Justice Cowdroy responded: "If there had been a code promulgated and adopted it would be another matter."

But he stated that as a draft, the code "may go nowhere. It's not going to be of use to me in this case," he told Bannon.

"With respect Your Honour, we want to balance it against the various matters [iiNet] put forward. They have put in a welter of material that attempts to put in a 2005 code which has all gone in [been tendered]," Bannon argued further.

Justice Cowdroy proposed to admit the code "in the interests to save time".

"I must admit its very peripheral," he said.

The IIA draft e-security code was created almost 10 months after the film industry filed its case against iiNet in the Federal Court.

The exchange concluded evidence from both sides in the case.

Proceedings have been adjourned until Monday afternoon when the plaintiffs were expected to commence their closing argument.