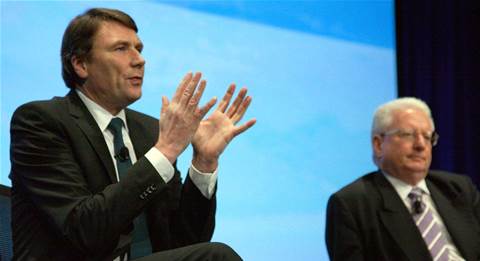 Thodey said the change would be implemented "over the next few months" and that Telstra would automatically refund all of the bill payment administration fees paid by customers since it was first introduced.

He said that he had "listened to the community debate" and said he believed that the way Telstra introduced the fee "did not align" with Telstra's "commitment to put customers back at the heart of our business".

It was "the wrong way to encourage customers to move to electronic payments," Thodey said.

"We designed the fee in a way that exempted more than a million elderly, pensioners and disadvantaged people but it was still unacceptable to many of our customers".

Allan Asher, CEO of the Australian Competition and Consumer Action Network, said he welcomed the decision made by Telstra.

“It is very pleasing to see that the new Telstra CEO, David Thodey is acting on his pledge to ‘put consumers back at the heart of the business," Asher said.

The CEO of the Council on the Ageing (COTA), Ian Yates, also welcomed the move.

“It is great to see that Telstra has been prepared to listen to legitimate concerns raised by many groups within the community.

“We will be pleased to work with Telstra to develop and promote incentives for older people to learn to use the internet for the many advantages it can provide, not only electronic payments," Yates said.