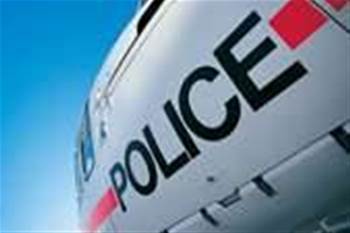 The centre, based at Zillmere, is on track for completion and launch in March next year, according to Queensland Police Service acting superintendent Greg Flint.

About 150 seats will be dedicated to establishing Policelink - a project that includes the introduction of the national non-urgent police phone number 131444 in the state.

"131444 is the designated non-urgent number in Australia and there are already quite a number of states offering services by that number," Flint said.

"The 131444 number provides a clear delineation between urgent and non-urgent services to the public.

"We currently don't offer services by that number [because] we don't have the ability to guarantee the appropriate high level quality of service. That's what this project is all about."

Currently, non-urgent enquiries in Queensland are phoned into the state's 350+ police stations or through "a range of business numbers".

The introduction of the 131444 service was intended to augment rather than replace these existing channels, Flint said.

Flint said an example of a non-urgent incident could be "a patio setting stolen from someone's front veranda.

"There's no suspects nominated and no immediate danger to the caller so we can take that report directly from the [member of the] public, thereby alleviating an operational crew from attending [the scene]," he said.

One of the successful vendors in the project is Sword Ciboodle, which counts Crazy John's, Australian Unity and Telecom New Zealand among its customers. It has entered an implementation contract to deliver the Customer Relationship Management technology platform underpinning the contact centre.

Flint said Dimension Data had picked up the telephony portion of the centre development.

For Policelink, integration between the CRM, telephony, workforce optimisation and police records systems would be handled jointly by the police service and vendors, he said.

Flint also said Queensland Police were keen to exploit the multichannel and online reporting capabilities of the Sword Ciboodle tool.

The new contact centre will also have a separate dedicated area for Smart Service Queensland, which acts as a single point of contact for services from multiple state government departments and agencies.

It is expected both agencies will collectively handle more than four million contacts annually through the Zillmere facility. The same technology platform will underpin both operations.

Sword Ciboodle's managing director for A/NZ Brian Donn said he was "very excited to be working with the Queensland Government on these projects.

"We look forward to designing a powerful platform for the new contact centre," he said.