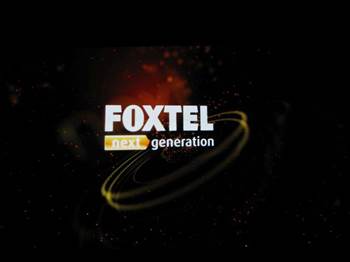 Only available on Windows because Mac DRM is too complex.

The Foxtel Next Generation service to launch on Thursday with 38 channels has 400 hours of downloadable content.

This will be expanded to 600 hours before the end of the year.

And it will have pay-per-view films and stream the ESPN sports channel.

Foxtel chief executive officer Kim Williams told iTnews that he hoped Australian internet service providers would not meter the service so that it didn't count towards a user's data-transfer limit.

"It's something we think a lot of internet service providers will start to do," Williams said.

"Now that there is a really substantial service like this that is legal, authorised and virus-free, we think that service providers will start to respond fairly constructively. And obviously we will encourage that."

He said that Foxtel didn't have any plans or arrangements with Telstra, which owns half of Foxtel, or any other ISP but said he hoped that there would be "a variety of arrangements over time". Telstra BigPond charges users for data they traffic to and from their PCs over its network.

Australia's largest ISPs contacted by iTnews said they were unaware of the launch and had no plans to offer the content outside of subscribers' traffic limits.

Internode managing director Simon Hackett said he would "love to talk to them about it"; Foxtel had not contacted the ISP.

Michael Malone, the managing director for Australia's No. 3 ISP iiNet that is embroiled in a copyright case with the film industry, said it had no plans to provide Foxtel's download service as free traffic.

"At this point, we haven't even been approached," Malone said.

Exetel chief executive officer John Linton said the ISP believed its download allowances were "very high" and would cater to the Foxtel service without as is.

Spokesman for AAPT, which was also a target of the film industry, Tahn Shannon said it would not make special arrangements for the service. She said its offpeak unlimited download plans between 8pm and 8am allowed its customers to access the service for free.

Mac or Linux users need not subscribe to the service because there will only be a Microsoft Windows client available at launch.

Williams said Mac software was planned but blamed the lack of technology to manage how the content was protected from copying for the delay. Apple used its own FairPlay system to protect copyright holders' works through its iTunes Music Store and Quicktime software and devices such as the iPhone and iPod.

"It's absolutely on our roadmap and we absolutely want everyone to have access to these things. Mac content arrangements with DRM [digital restrictions management] is very complex. And Windows is the internationally authorised DRM system.

On launch, the service will be available to all existing set-top box Foxtel iQ subscribers. New subscribers can sign on from $72.