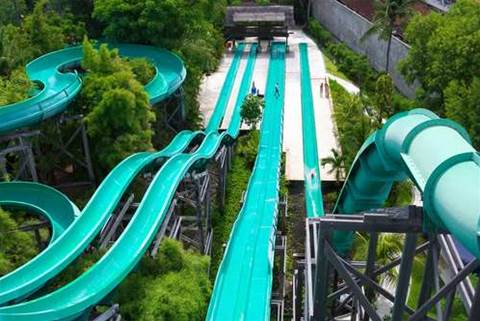 Notches up the views before being outed.

A video posted on YouTube three weeks ago that seemed to show an engineer apparently defying serious injury while testing out "the biggest waterslide in the world", turns out to be a viral marketing campaign by Microsoft.

The video, which has so far notched up almost 2.6 million views, showed a man landing in a tiny inflatable paddling pool after sliding down a hill and then being launched into the air by a ramp.

The stunt was created by Microsoft Germany and designed to promote its online project management tool, Project 2007.

A link from the video's Youtube page now takes viewers to a site offering free trials and information about Office Project 2007.

An English version of the site, asks: "The man not afraid of great ideas - does he really exist? Even if Bruno Kammerl remains a fiction. The time is ripe for new heroes ... Do it like Bruno - make your plans real with Microsoft Office Project 2007."

NewTeeVee last week published an explanation of how the stunt was created.