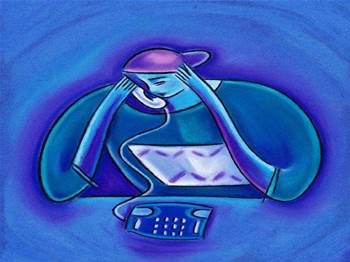 External call centre guilty of Do Not Call register breach.

Australia's competition watchdog has found that Telstra-contracted call centres made unsolicited telemarketing calls to telephone numbers listed on the Do Not Call Register.

An Australian Communications and Media Authority (ACMA) investigation, which commenced in August 2008, found that external call centres contracted by Telstra breached the Do Not Call Register Act 2006.

ACMA claims to have received numerous complaints from consumers despite having advised Telstra of potential compliance problems.

The investigation found that "inadequate compliance systems, procedures and supervision" all contributed to calls being made to numbers on the Do Not Call Register.

"Telstra has paid the infringement notice, acknowledged that there is work to do, and is now setting about fixing these issues," said ACMA chairman, Chris Chapman.

"The ACMA expects large businesses like Telstra to be leading the way and setting an example when it comes to compliance with the Do Not Call Register - not falling behind," he added.

He also warned that "size and complexity" was no excuse for being non-compliant.

As well as having to pay $101,200 in fines, Telstra has been asked to engage with an external consultant to review Telstra's systems and procedures for compliance with the Do Not Call Register Act 2006.

The undertaking will last for three years.

"The market leaders in the telco industry should consider themselves soundly on notice," the ACMA chairman warned.

To date, more than 3.5 million phone numbers have been entered into the Do Not Call Register.

ACMA has revealed evidence that the register has been a success. From May 2008 to May 2009 the ACMA received 12,057 complaints, a 60 percent drop on the prior twelve months.