Calls answered based on your worth 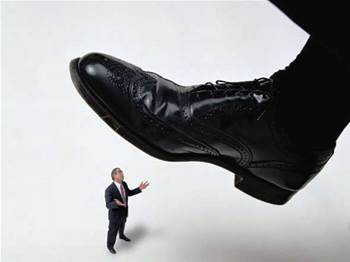 Are you worth the call?

The Big Four banks were putting their high-value customers in shorter phone queues than those whose portfolios were worth less.

"If you call your bank and identify yourself, you're immediately going to be considered in different segments that have different values to the bank," said Nicolas De Kouchkovsky, president of Genesys, a call centre software maker.

"Depending on which segment of customer you are, you're either going to get the top-notch guy or a more junior person. You don't necessarily know how they classify you but all banks are doing it."

Kouchkovsky said the analysis went beyond customers' immediate value to the bank: their future value was also considered.

He said data mining was done on-the-fly to work out if customers' calls were worth prioritising.

He said a US Genesys user placed their customers in 40 "buckets" or categories from which they were scored based on their present and future value to the company. "Based on that - and what you asked - you're going to get different types of skills."

Most interactive voice response systems put callers into queues for departments but this will be extended in Australia to cover speed and type of response based on value.

How does it make you feel to know organisations answer your calls based on your value to them? And would you be more or less inclined to do business with such an organisation? Would you even know if they were answering calls this way?

We'd like to read your thoughts in the comments below.