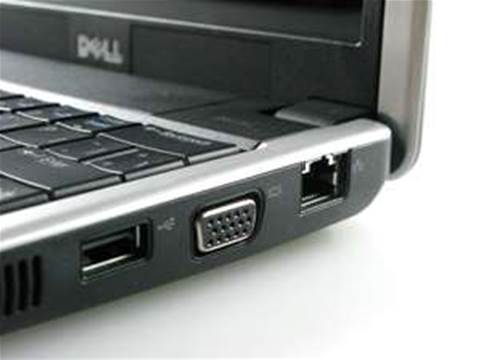 The recession was kind to Dell's US secondhand online shop, Dell Outlet, which passed a million Twitter followers last week.

It's acquiring about 4000 followers a day and ranked 75th or 96th most popular Twitterer, according to Twitterholic and Twitter Counter, respectively.

And Dell did with Twitter what not even the microblogging site was able to do: make money from tweets.

It has sold more than $US2 million of damaged or returned stock since it started two years ago and was responsible for another $US1 million in sales at the regular Dell online shop.

Dell social media manager, Richard Binhammer, said Twitter's immediacy and cost-effectiveness was a perfect fit for the lumpy inventory at the scratch and dent online shop.

"We got on Twitter very early on because we were at [music and interactive conference] South by Southwest when it launched," Binhammer said.

"And [Dell Outlet] has very little marketing money and taking out a newspaper ad isn't feasible because you don't know what you have in stock from day to day.

"If 55 laptops came in overnight and they need to move them Twitter becomes a very effective way [to clear stock]."

Dell's efforts were bolstered by research that found those organisations most engaged in social media saw an average 18 percent growth in revenues in the past year while revenues at the least-engaged companies fell six percent.

Dell ranked second on the list behind Starbucks; the only other non-technology company was Nike.

Binhammer said almost 200 Dell employees were tweeting away about company business: "People like me and others working in the corporate function are on Twitter and constantly fielding enquiries dealing with corporate philanthropy or having people look at our products for marketing purposes."

Concerns over the amount of information revealed on Twitter were overblown, Binhammer said.

"All of us have employment contracts and codes of conduct and conflict of interest guidelines and I don't find Twitter different to a phone call," Binhammer said.

Dell was looking beyond Twitter and was using the corporate microblogging tool, Yammer, to "break down silos", Binhammer said.

It's a sign of how integral social media was to the business that Dell devolved responsibilities back to its four business units rather than tie up knowledge in a central directorate, he said.

"It's a tool like email or the phone that you deploy to do your job so the idea of a centralised department doing it doesn't make sense."